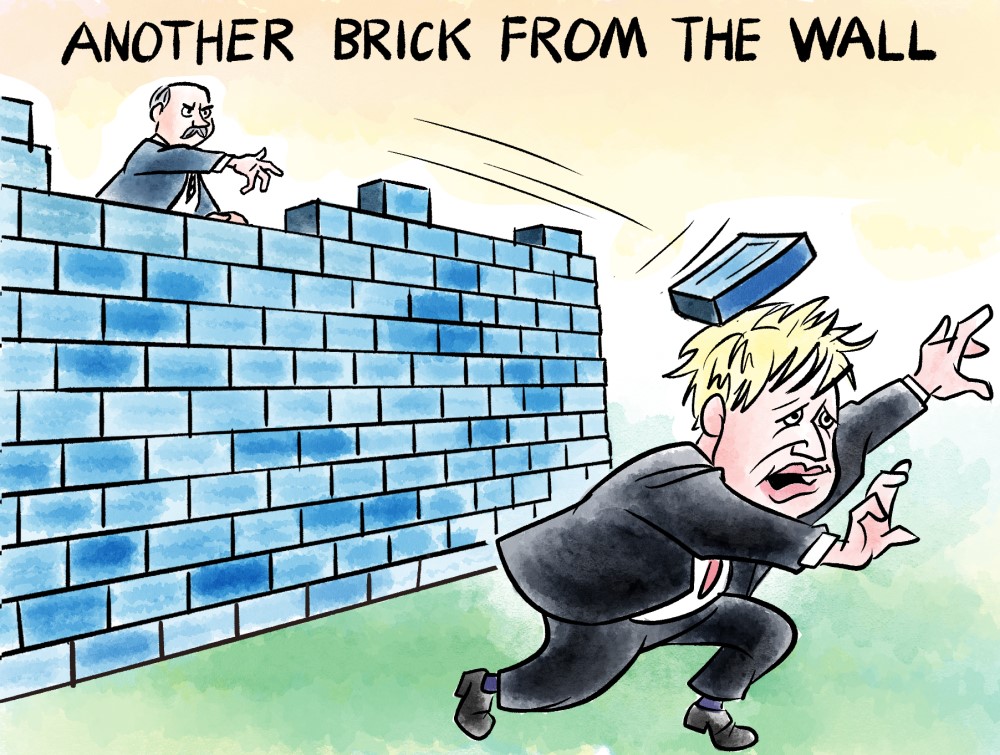 The pundits have numerous perfectly reasonable reasons as to why the Conservatives were annihilated at the Amersham and Chesham by-election.
And they’re all wrong.

The real reason is that the well-healed people of Buckinghamshire have not been able to take a foreign holiday. And like the other Bucks, they are fizzing.
The nearest most of us will ever get to being in prison is lockdown. And it’s not pleasant.

We were all looking forward to Boris giving us time off for good behaviour on June 21 and instead all we got was another four weeks confinement and an exhortation to give it ‘one last heave’.
This is a phrase more commonly associated with maternity wards or the morning after student initiation parties.

The last time, the ‘heave’ word was using as a campaign slogan was by Liberals in 1974 when the then leader Jeremy Thorpe called for ‘one more heave’ something seemingly he rather enjoyed. The electorate rewarded him appropriately: he lost seats.
And the people of Chesham and Amersham gave it one last heave all right – to the Tory and Labour candidates.

Sure there were rational reasons like HS2 which cuts through the county. And, of course, Mr Jenrick’s promise to “have a complete overhaul of the planning system” was another factor.
You don’t need to be a linguist to figure out that this was a promise to build more houses. Lots of them and in the areas they are most needed, like Buckinghamshire.

Freedom is one of the great facets of a modern democracy and we have not had it for nearly two years. Everyone knows that we were too slow to close the border in 2020 – 89 days and, again too slow with the Delta (Indian) variant – 18 days.
Result: you may not have to quarantine when you return to the UK. Big deal. When you hit the continent, you can expect five days in many countries.
Which should make next week’s by-election in Batley and Spen in West Yorkshire in the middle of the Red Wall fascinating.

We all know Mr Johnson as a libertine, maybe now it is time for him to prove he is a libertarian as well.

Have a good week
Tom