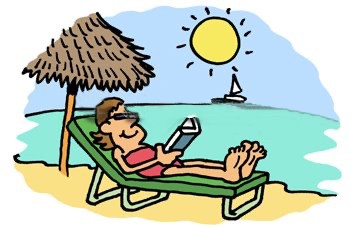 I know this is not a popular sentiment, but I have a grudging sympathy for poor old Dominic Raab.

The man has had a hell of a year. He had to stand in for Boris. He was effectively the Prime Minister while Boris was being laid (up, I hasten to add) in hospital and afterwards.

And to compound his problems, he has one of the smallest majorities in the Tory Heartlands, just 2,743. If Labour decide not to fight the seat next time, it’s there for the Lib Dems to take. So he has to keep an eye on the constituency.

So you can imagine the scene Chez Raab a couple of weeks  before they headed off for holiday.

Erika (Mrs Raab):  “Dominic” in a firm voice (not the softer “Dom” spouses use;  the full version of the name is when they are being serious.) “We are having a holiday, you need one, I need one, the kids need one, so can you leave that damn phone alone for a week?”

Mrs Raab: We’re more likely to see the Taliban in Kingston than Kabul next week.” (This was what we all thought, by the way, so no disrespect to Mrs Raab.)

So let us say that Mr Raab had dashed back and got on the phone to Kabul. Would it have made a huge difference? I doubt it. These guys were in advanced Miss Saigon mode. Ropes dangling off helicopters and the like.

The problem is perception: even through he could do nothing, he had to give the impression that he was doing something. What nonsense.

And of course, the three most important civil servants were talking the rays at the same time according to the The Times. All three Sir Humphries: Defence, Home Office and Foreign Office were  taking the sun as well. And who can blame them? Everyone, it seems.

There are some 195 countries in the world and something is bound to be going wrong in any one of them at any one time.

Now those of you who’ve been to any sort of management school will be lectured on the importance of delegation.

My own take on this evolved from Ulster politics: Vote Early; Vote often.

In a world of 195 countries, something is going to be going wrong in one of them at any one time.

Give the man and his family a break….but not too long a one.

Now I feel another Pina Colada coming on!