Are we losing the phoney war? 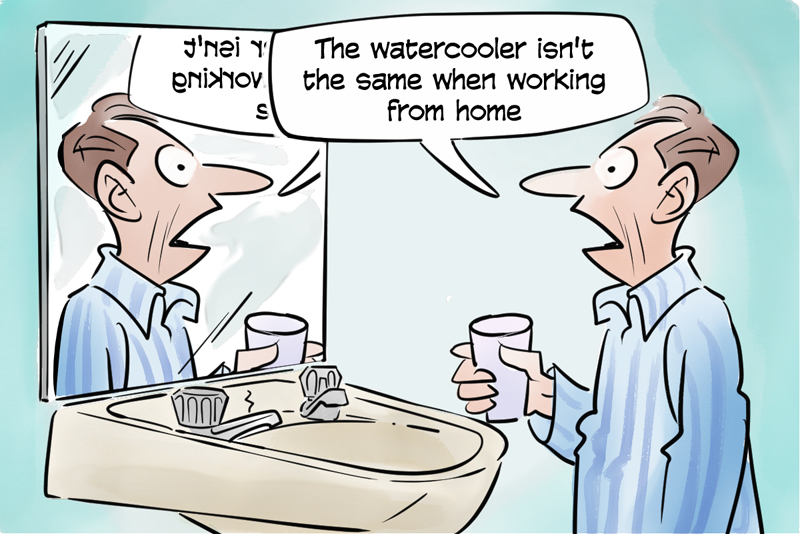 With almost everyone working from home (or at least staying in bed at home), how will we find out what’s really happening in the company? What are the key strategic decisions that are being made at the higher executive levels?

For instance, where is the Christmas Party going to be held this year? (This can take hours of debate).

Forget about staff newsletters, no one reads them – they are seen as management newspeak.  And as for staff videos… I once brought my MD in to watch a video featuring him (discretely sneaking in from the back) and he left a shaken man.

From the moment he introduced himself, there were jeers, abuse, curses, swear words, and words which cannot be repeated here. In fact, it made the Chelsea football fans sound like monks. The poor man left as a shivering wreck.

‘But I thought people liked me,’ he pleaded to me. (There had been a fraught pay negotiation the month before).

When people want real information, they sneak out for a quick ciggie (even if they don’t smoke and this is where the real goss gets exchanged.

Like, who is having a fling with who (I was going to use a ruder word beginning with Sh@& but the editor ruled it out).

So how can we have a quick goss on Zoom when everything is recorded, and everyone can hear everything anyone says?

Working from home is great but, it is boring. We are social creatures let’s socialise.