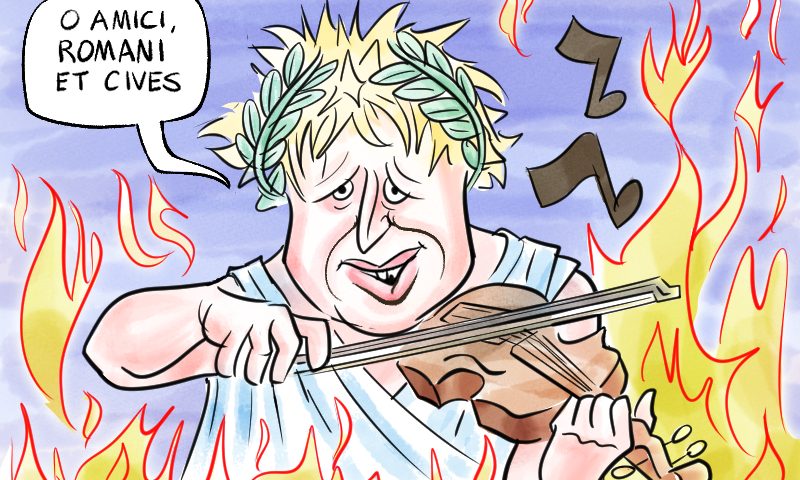 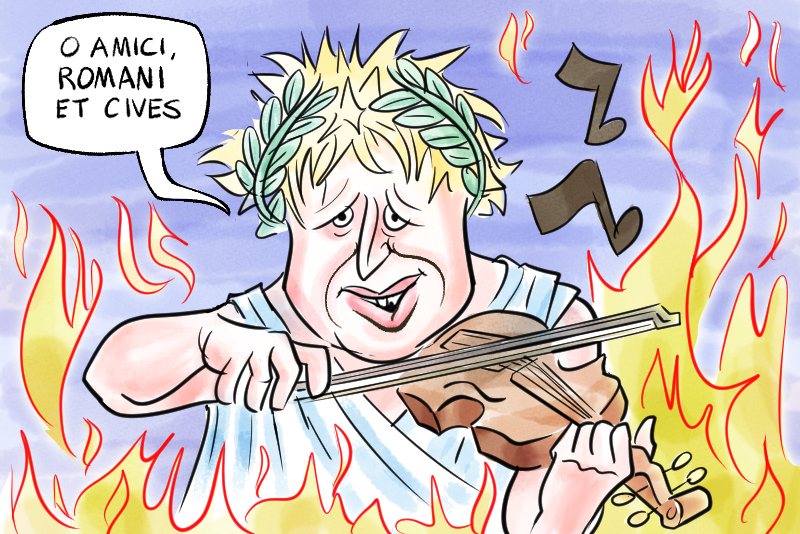 I have been privy to a leaked version of Boris Johnson’s speech to the party conference in October. (Please check against delivery).

We’ve had a rough couple of years but we have come through it with flying colours. The country has never been in better shape.

Despite the terrible pandemic (well done NHS), we have coped magnificently and now it is time to move forwards and build, build, build an even greater Britain Brexit can be seen to have been a stonking success. We have control of our economy and our borders (except for a few dinghies and Priti is on the case. Gunboats come to mind).

On the other hand, it’s a shame that so many of those builders from Eastern Europe left us just when we needed them.

I say to them, if you want to come back for a few months’ holiday and then go back home again, we are open and waiting for you. You may be idle for a while as there seems to be a shortage of bricks …just a minor detail.

As you know we are committed to a carbon free country by 2050 and in the past week I have shown proof of that commitment. Although we have plenty of oil supplies, its carefully stored in large holding tanks, so it cannot get to the service stations. This has pushed cars and lorries off our roads and reduced emissions. What a spiffing idea.

The economy is in great shape with inflation at only 4%. We’ve all seen it worse in the 1980s (and that was under Mrs Thatcher… who is the greatest Tory PM now?) and we are nowhere near the crazy levels of over 1200% one sees in South America and like. Rishi is right on top of this.

And it would be wrong not to give a genuine word of praise to our brave boys and girls who have returned from Afghanistan. Privately I hear that former Tory Peer, Lord Andrew Lloyd Webber is planning a new musical called Miss Kabul.

It’s great shame that we have lost some of our most talented cabinet members. Matt Handsock left just because he seemed to be doing a simple oral PCR test with this assistant. It’s amazing how these thigs are miniusterpreted by the media.

And of course, we now have the Minister with longest title Michael Gove who is Secretary of State or Levelling up {note to speechwriter: ‘what’s that’} Housing and Communities as well as Minister for Governmental Relations and the Kitchen Sink.

There only remains one more achievement I need to reach… to break Mrs Thatcher’s 11 years in office record.