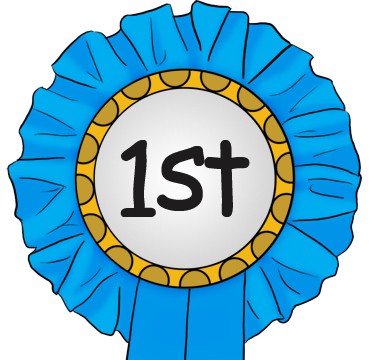 A bit like Boris Johnson who before Brexit allegedly wrote two speeches, one pro-Brexit and one against Brexit, I too had prepared two answers on the question of what the Old Bexley and Sidcup by-election result tell us. For the last week every newspaper and online news source have been predicting problems for the Tories and it got me thinking about what a narrow Labour win would mean or what a narrow Tory win would mean… (Well till at least 16 December when the by election for Owen Paterson’s seat takes place).

The shockwaves of the Chesham and Amersham by-election where the LibDems took the seat, hefty majority and all off the Tories was felt (and still is) throughout the Tory Parliamentary Party. Many of the MPs in the north in former “Red Wall” seats (yes, Bolsover where the beast called Dennis Skinner was) quite rightly got concerned for their waver thin majorities. It doesn’t take a contender for Brain of Britain to work out that Boris V utterly unelectable “Comrade Jez” delivered their election victories.

So fast-forward two years (almost to the day) from the 2019 General Election and at 01:52 this morning the verdict was delivered. The Tories retained the seat with a significantly reduced majority and a 10% swing to Labour.

“Phew! Calamitatem averti” Is no doubt what Boris would have mumbled to himself as Carrie kicked him out of bed for his turn to change baby Wilfred.

We saw a bit of a knee-jerk reaction from Boris in the fall-out from Chesham and Amersham with the appointment of Michael Gove as the renamed Secretary of State for Levelling Up, Housing and Communities. He immediately (with Boris) started making rather rash promises about protecting the “sacrosanct” Green Belt while still delivering much needed housing numbers to solve the housing crisis.

Boris will brush this off as nothing more than mid-term blues. The Tories had Owen Paterson and the second jobs, the refugee crisis, the energy crisis, the petrol crisis, rising inflation… stumbling from crisis to crisis and Boris made it clear to the CBI he would much rather run Peppa Pig World than Britain…and who can blame him?

Today’s news is tomorrow’s chippy paper and Boris will carry on trying to get us all to live in Peppa Pig World where all the local Councillor Daddy Pigs and Granny Pigs (you get the idea) give planning permission exclusively on brownfield sites so that they can be free-range organic (specially for our future monarch) pigs carefree running around the green belt and green fields of England.

No more will be said, it is business as usual. Will we see any more sweeping changes in the planning world? I would be surprised if we see the implementation of even one of Gove’s tub-thumping speeches about preserving the green belt and green fields. There simply isn’t enough brownfield sites to hit the housing targets and with inflation on the up and the housing market being a driver of the economy the Government will at best pay a bit of lip service to the “Blue Wall”…”Red Wall”  (whatever!) more housing is needed and ultimately the Treasury will win the argument.

So in short, get your applications in and call me to help you to convince Cllr Daddy Pig and Cllr Granny Pig to give you your ticket!