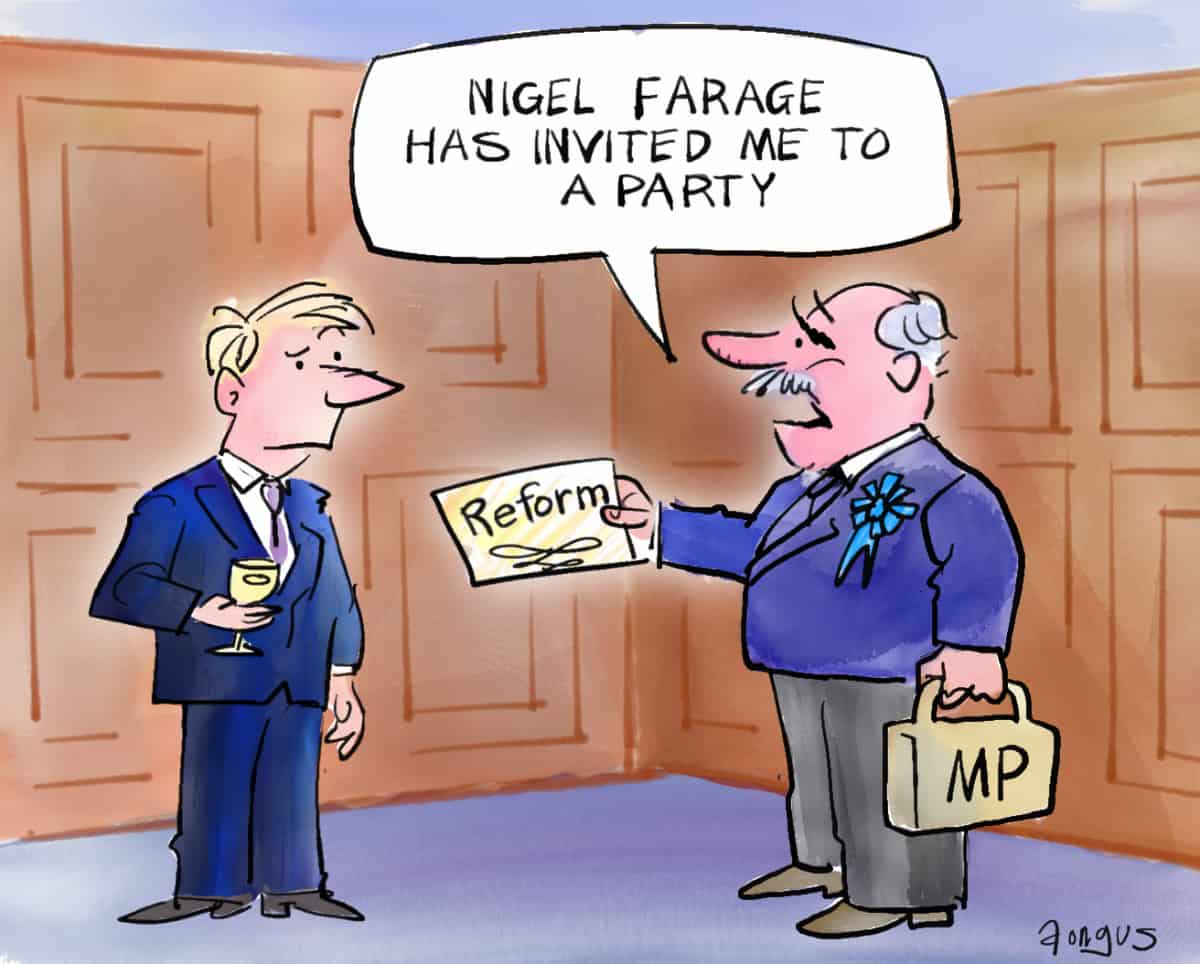 What’s happened to Brexit? Two years again you couldn’t open a newspaper or listen to the radio without hearing the damn word. Now: nothing.

It has been killed off by Covid.

But it is still there. How about all those dire warnings that Brexit would bring the country to its knees that we would all be ruined and go back to living in the dark ages?

I’ve noticed no real difference. Sure, it’s overshadowed by Covid, but Brexit is still rumbling on in the background.

Every now and then, it raises its head as with the ‘sausagewars’, in Northern Ireland. (Where else?) In case you missed it, in simple terms Brexit would have meant that porkers couldn’t come from the mainland to Northern Ireland.

The result: protests, demonstrations, and a real risk that the fragile peace in Ireland could be unravelled. Afterall, how can you have an ‘Ulster Fry’ without sausages. A bit of diplomacy pushed this under the carpet and bangers are back on the menu.

But other than that life goes on much as normal – people are having parties – lots of them it would seem (I’m sure my invites are in the post) and Brexit, despite all the fuss, seems to have made no real difference.

The only other change I’ve noticed is that it is likely that your UK driving licence may not be accepted in the EU from next year. A minor irritant. But I’m sure there are other changes being worked on by the Brussels Bureaucrats.

And when the fog of Covid lifts, what will we see? No one knows.

And where does that leave the Tory party as it staggers drunkenly from one crisis (I nearly said party) to the next. We are just over two years away from the next general electionand all those Tory MPs with tiny majorities – and there are a lot of them – are worried and are wondering if Boris is the man to lead them.

Meantime in the background is Nigel Farage – the Brexit Champion – and the Reform Party. (No laughing at the back). There are a lot of Tory MPs on the right of the party who have commonality with Nigel and his anti-woke, low immigration, low tax, etc agenda. Would they jump ship?

PS. A note of clarification. Just before Christmas, my former company, Curtin&Co. went into liquidation. Although my name was on the door, I have had nothing to with the company since 2019 – three years ago – when I sold it to the management. My sympathy to any former colleagues who may have lost their jobs and to those creditors who may not get paid.