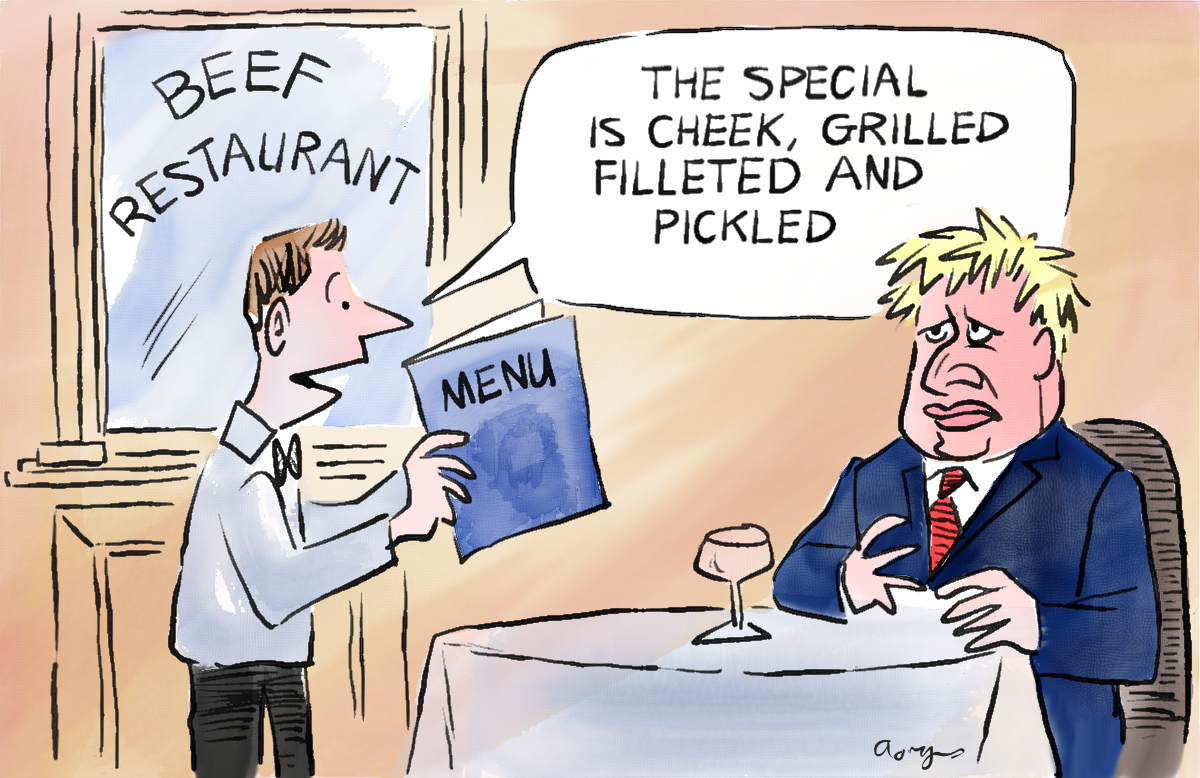 Boris has been asking his colleagues to get some popularity from the electorate and so launched ‘Operation Red Meat ‘.

The phrase was first used in 1911 which may say something about today’s Conservative Party. Hollywood producers used it to entice audiences with blood and gore. (Given everything was in black and white, I’m not sure how that worked.) What surprises me about the Red Meat operation is that something like 10% of the UK population are either vegetarian or vegan. That’s a lot of votes in marginal seats.

Nearly all restaurants nowadays offer a vegetarian option, but not Boris. There was no vegetarian option, like the ‘Operation veggie burger’, one of those new fangled jobs made of plants. (They don’t taste bad by the way.) The Red Meat strategy re-emerged in American politics in the 1940s and was used to enflame right-wing audiences into a frenzy. In essence it’s a slogan, something to get masses wound up. The Trump campaign came up with ‘Lock her Up’ about Hillary Clinton. Nasty but it worked.

Sloganeering has been about as long as there have been politicians. They must be short and pithy. Perhaps the best in recent time was Mrs Thatcher’s ‘Labour isn’t working’ and, to be honest, I can’t really remember any other ones.

Much as I hate to admit it, Trump’s ‘Make America Great Again’, was an absolute winner.

As was Dom Cummings’ Brexit slogan: ‘Take Back Control’.

They key words in these two are: ‘Again’ and ‘Back’

Both appeal to a past time when everything seemed better; the summers were longer; there was less traffic and we trusted politicians.

People don’t want to live in the present: they want an aspiration to make things better like they were in the old days.

So, what sort of slogan will Boris’ Red Meat Operation come up with? I’ve a go, but there’s a bottle of champers, as Boris would say, for the best one.

My best effort is: Put the beef back in Britain.