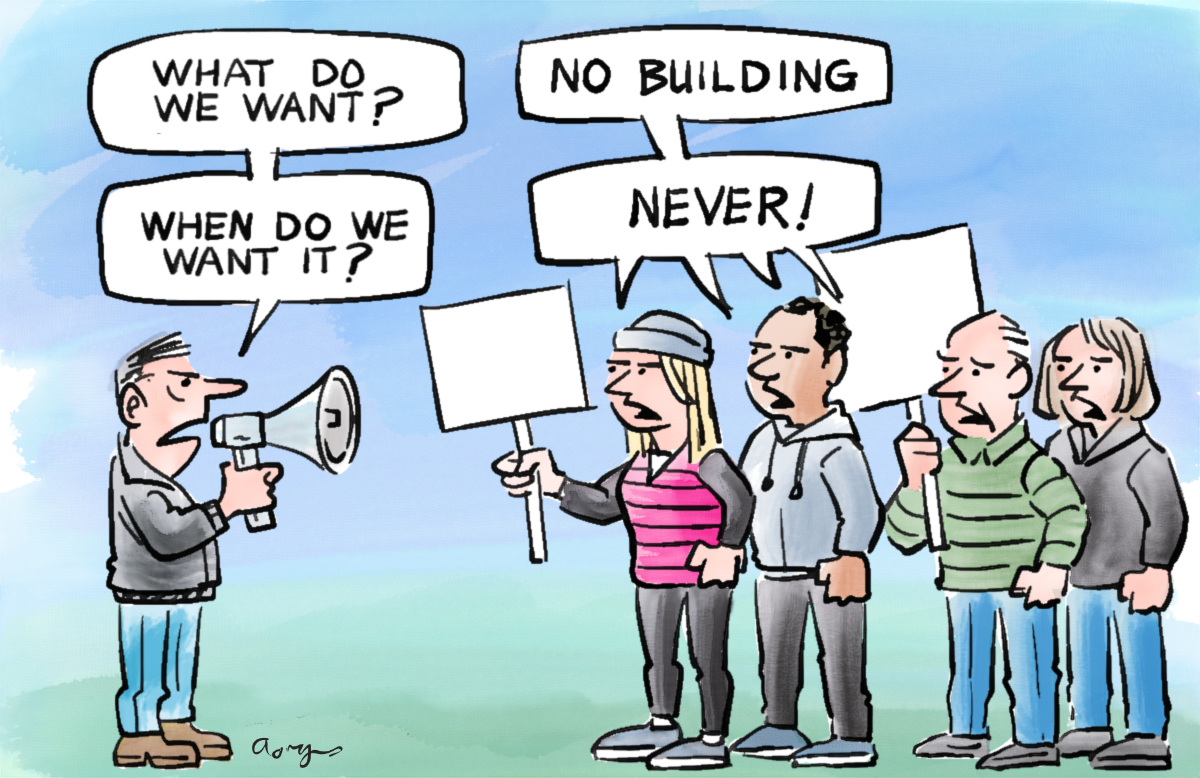 This week’s question. How many bars are there in the House of Lords and House of Commons? Answer at the foot of the column.

In over 30 years in the property communications business (I started when I was 11), I have come across action groups, protesters and Nimbys of all shades and colours.

Whereas many in the industry see these as a damn nuisance, I see them as a sign of a healthy democracy. There is no need to by cynical and say they also provided me with a reasonable living. Try setting up one of these in North Korea or about half the countries in the world and you’ll appreciate democracy.

So what are five ingredients of an effective action group.

Of course there’s lots more, but I want to keep my job. So next week, I’ll look at the best way to deal with Action Groups and definitely lose my job for giving away trade secrets.

Answer: There are about 30 places where you can get a drink. No wonder Sue Gray who is investigating Partygate referred to a ‘excessive alcohol culture’ at Westminster. And she should know, she ran a pub herself for a number of years.

The winner of last week’s competition for a bottle of champers was Iain Berry with the slogan: “Party on Dudes” for Boris.