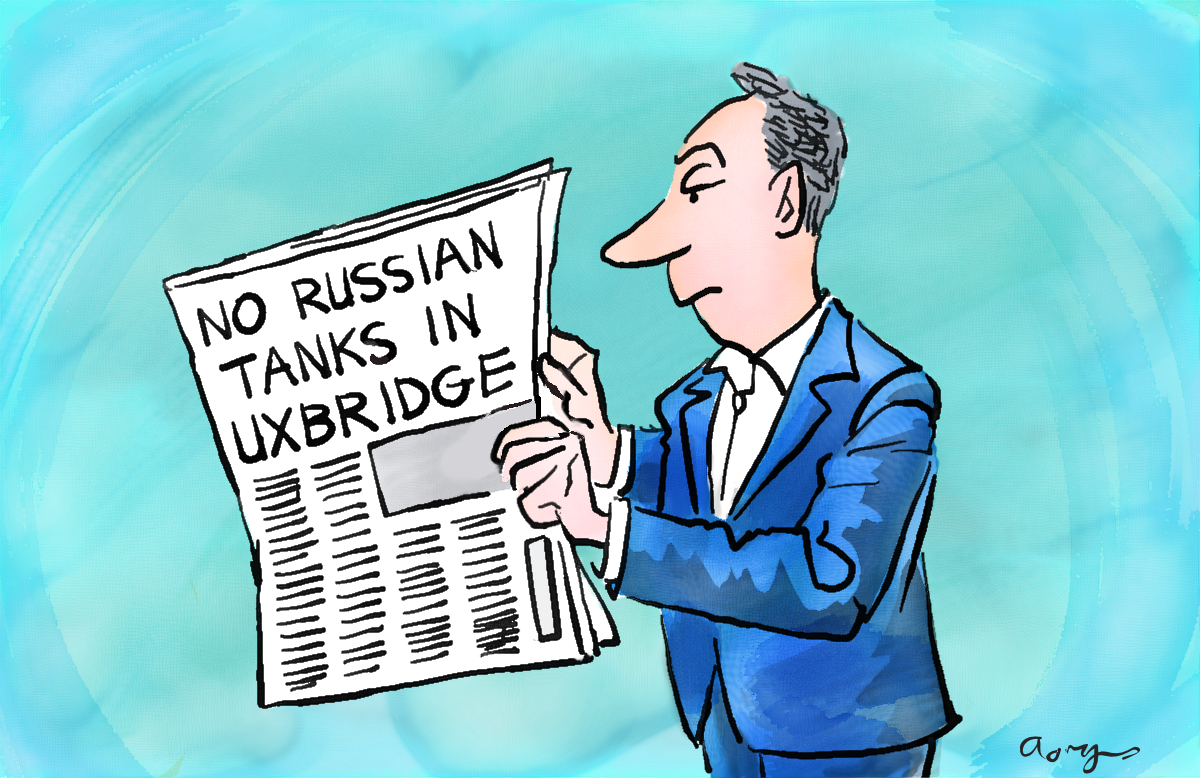 Question of the week: what’s the population of Ukraine?

If ten years ago I asked you to pinpoint Ukraine on a map I bet most of you would have had a hard job. You would probably still struggle…

Being the sad political nerd that I am, I read about half a dozen blogs every morning. One of these this morning devoted half its content to this country and then the shenanigans with Liz Truss, Vlad (the would-be invader) and Biden sticking his oar in.

But how about Uckfield, Ulverston, Uppingham, Upton-upon-Severn, Uttoxeter, Uxbridge and all those UK places beginning with ‘U’?

Surely there must be something newsworthy happening there (no laughing at the back!)

The only local news we have is Royal Family and half of them decamped to more exotic and lucrative climes.

Let’s have of some of the good old fashioned human interest stories along the lines of ‘Man bites Dog’. I don’t consider the Royal Family human – they are gods!

There was a time ‘Foreign News’ took a couple of columns. And newspapers wonder why circulations are falling?

I’ve now made a resolution to stop reading everything about Ukraine.

And I don’t think I’ll miss much…

Answer. Ukraine’s population is 42 million. England’s is 56 million. Not an unformidable opponent were it to come to match set and play.

Have a good week,