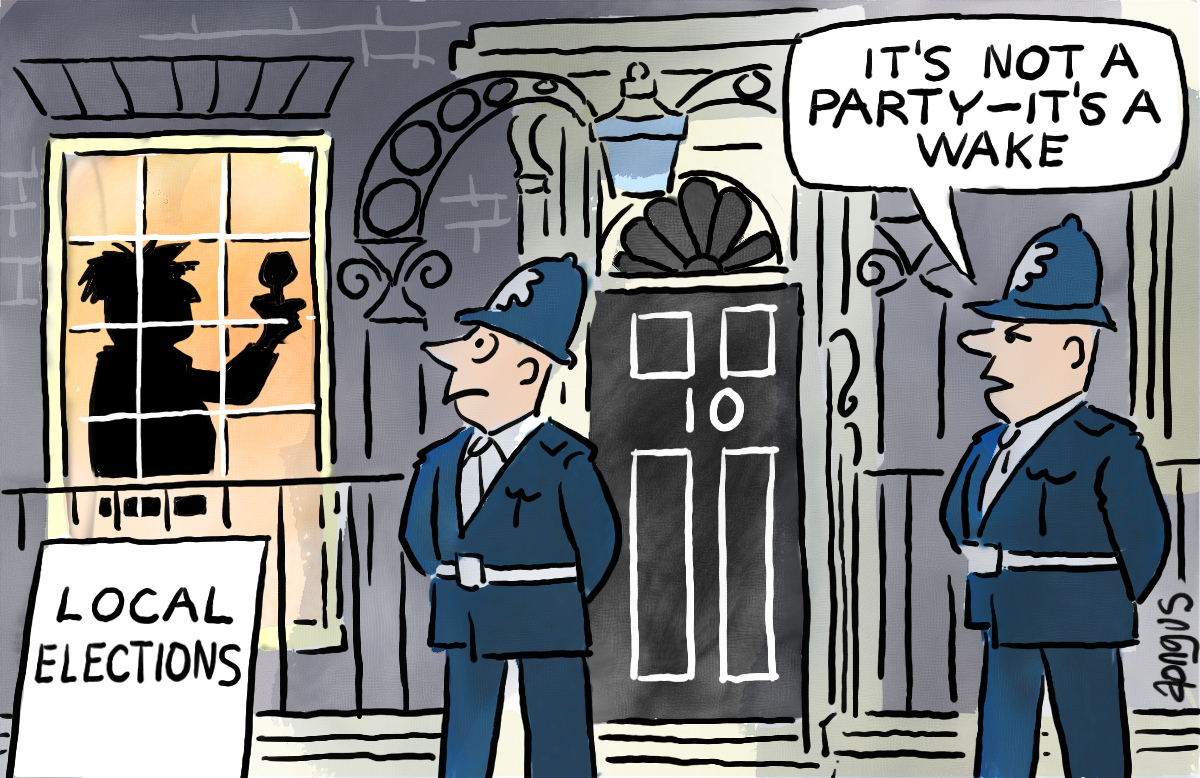 This week’s question: How many PMs have served under Her Majesty? Answer at foot of column

Panic! It’s only ten weeks to the local elections.

The pundits (opinionated journalists, out of work politicians and the bloke down the pub) are all saying it’s going to be a test of Boris’s leadership.

‘It’s the economy, stupid’ was the slogan that got Bill Clinton elected and it will do the same for Boris.

A recent poll by Ipsos/Mori showed that 54% of people were worried about the rising costs of living while 40 percent said we were talking about Partygate too much.

Rising energy bills, rampant inflation (yes it is), interest rate raises hitting your mortgage, and the cost of your weekly shop are well up the agenda. And this is what the knockers will face on the doorsteps if not in the London TV studios.

The Conservatives lead Labour as being most trusted with the economy by 37% to 31%. Everyone knows that Boris is a ‘bit of a lad’ – we knew that when we elected him and in ten weeks’ time, despite Labour’s best efforts, memories of these hoolies will fade and the economy will come to the fore.

When we get in the polling booth, the question on our minds is: what’s best for ME? The economy will help Boris hang on – the man has the tenacity of a barnacle with Superglue.

Boris or not it will be a bloodbath for the Tories. Even without all the scandals, the mid-term elections are when the electorate pull the reins on the sitting government and tell it to buck up.

So who’ll do well? It’s an open goal for the Lib Dems if they can get their act together.  And since there is so  few of them left that shouldn’t be too difficult.  Middle-class Tories – who couldn’t countenance voting Labour –  could find a home here. There are still too many memories of Magic Grandpa, his allotment and his comrades in Momentum.

But, Labour should do well in London, the Midlands and the North where all those ‘Red Wall’ seats may switch back to their old allegiances.

The dark horse in all this is the Greens. Last election they took 155 seats including 99 gains and representation on 18 new councils. They now have 445 councillors across the country on 141 councils. Those of you who can remember the 1989 Euro-election (an elderly friend told me told me about it) will remember the Greens taking 15% of the national vote. Now that would be a game changer.

I think I’ll go out and hug a tree.