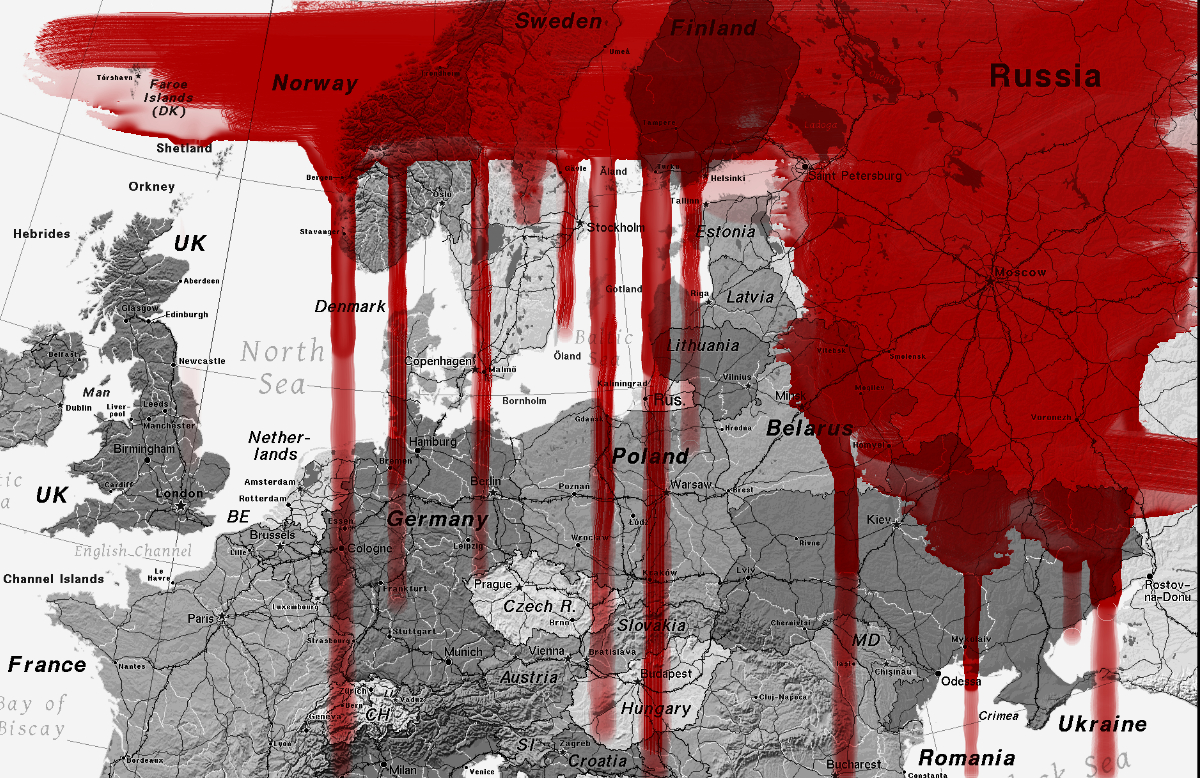 Normally, I try to keep this column cheery but this week, it is difficult to be humorous in light of what’s happening in Ukraine. A couple of weeks ago, I and many other commentators thought Putin was posturing by placing his armed forces on the border of an independent country. We were wrong.

There is a saying that the only lessons we learn from history is that we learn no lessons from history. The situation is Ukraine like the situation in the 1930s when Hitler wanted to annex Czechoslovakia, His arguments are very similar to those of Putin. Hitler claimed that the population of the Sudetenland to the west of the country were German speaking were naturally part of Germany.

At Munich in 1938, Chamberlain got an international agreement that Hitler should have the Sudetenland in exchange for Germany making no further demands for land in Europe. Chamberlain said it was ‘Peace for our time’. Hitler said he had ‘No more territorial demands to make in Europe’.

The Munich agreement ceded to Hitler’s demands and after taking the Sudetenland he soon annexed the rest of the country without a fight as the Czechs did not have the strength to stand alone with its allies Great Britain, France and Russia standing aside.

It is clear that Putin thought he would have a similar situation in Ukraine and, after a few days, resistance would dissipate and he could march into Kyiv within a week.

Stalin, another dictator thought the same when he tried to annex Finland in 1939. At the time the Finns made a joke: We are such a small country, how will we find enough land to bury all the Russians. After 105 days, the war ended and Finland retained its sovereignty admittedly with concessions.

So there is hope for Ukraine, David can take on Goliath and beat him, the Northern Koreans took on the might of the US military an sent it scampering with its tail between its legs.

Even if Russia conquers Ukraine, it will not conquer its people. Resistance movements will continue to dog the occupiers and then we will move to a different level, If Putin, like Hitler had further ambitions to take other parts of Eastern Europe the Ukrainians will have stopped him in his tracks and he will have to take on NATO.

The second lesson we failed to learn from history is not to have your energy supplies dependent on one country. In the 1973 when the Arab countries imposed an oil embargo, it caused a major recission in the West. Putin is playing the same card.

Many countries including the UK and France embarked on a programme of building nuclear power stations to ensure their supply of energy. At one stage 80% of French electricity was nuclear powered and through the ‘interconnector’, they supply any surplus to the UK.

The impact of this invasion will be felt throughout the world and economies will suffer – we are beginning to see it already in the UK. Sure the economic sanctions are beginning to bite hard in Russia, but will they be enough?

Apologies for the pessimistic tone of this week’s column but we cannot ignore the elephant (or indeed, the bear) in the room.