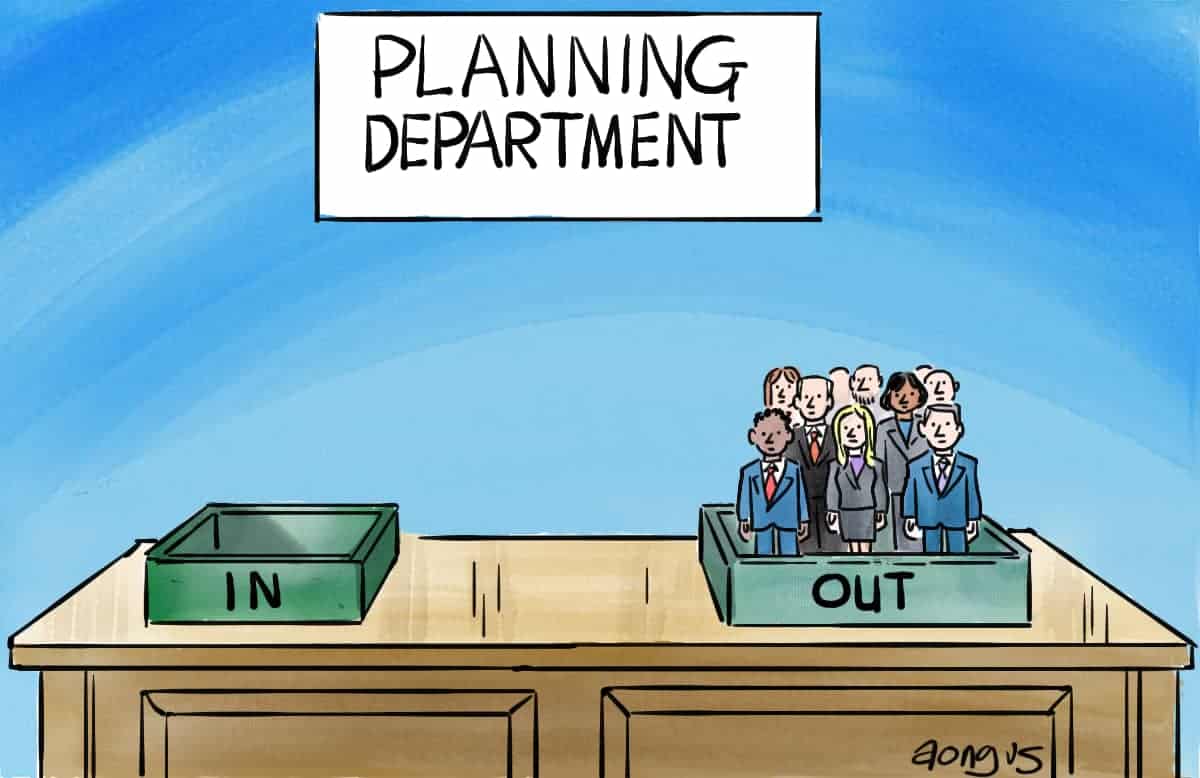 It came to me in blinding flash just as I was falling asleep. The reason that planning is slow is not the system. It is because there is no one to manage the system. It is like an engine without oil. And that oil is the planners – or indeed the lack of them – in local authorities.

A councillor in a local authority, who was really helpful with a difficult application some years ago, wrote to me, saying: “Our local planning authority recently lost 7 members of staff (about half the compliment) and this is currently leading to delays of up to a year in determining planning applications. Are you hearing similar stories from other planning authorities?”

Not only from local authorities but also from developers and planning consultancies who are finding it increasingly difficult to recruit planners, particularly senior ones. And as they try to recruit, they fish in the pool of local authority planners. Whereas LAs are constrained in what sort of package they can offer, the private sector has much flexibility and can offer lucrative deals.

Although nothing compares to the pensions in the public sector… but if you’re in your late 20s or early 30s, you will probably be thinking about next month’s mortgage rather than what you’ll be doing when you’re 70. If you’re in your 50s or 60s, you are probably waiting for that day when the three cherries light up on your pension slot machine, so you’ll hang on.

This is not a new problem and about five years ago, the government at last decided to do something about it: they threw money at it. They allowed Planning Authorities to raise their fees by 20%.

So that should solve the problem. You must be joking. A study last month by the Local Government Association’ Planning Advisory Service (PAS) revealed that problems persist. The findings have elicited fresh calls from the sector for help in plugging skills and funding gaps.

The study, produced on behalf of MHCLG (as it was) found that a total of 183.7 new posts were created as a direct result of the fee rise that came into effect in January 2018 – of which 142.2 were permanent staff. A drop in the ocean.

Enter the National Audit Office – these are the guys who point out failings in Government. In 2019, they found that the MHCLG “does not understand the extent of skills shortage in planning”. Now that is scary.

James Brokenshire promised an Accelerated Planning Green Paper, which was upgraded to a White Paper by Robert Jenrick (remember him?) but rather than accelerate, it looks like the handbrake is still on.

My radical solution: let’s treat planning applications like any other supplier contract. A council is free to agree a fee with the developer. If it delivers on time, they get a bonus and if they miss their targets, they get a penalty.

That might wake everyone up and I can go back to sleep.

Answer to last weeks question: Since 1997 there have been 20 Ministers of State for Housing.