How to stop local Authority Planners from quitting 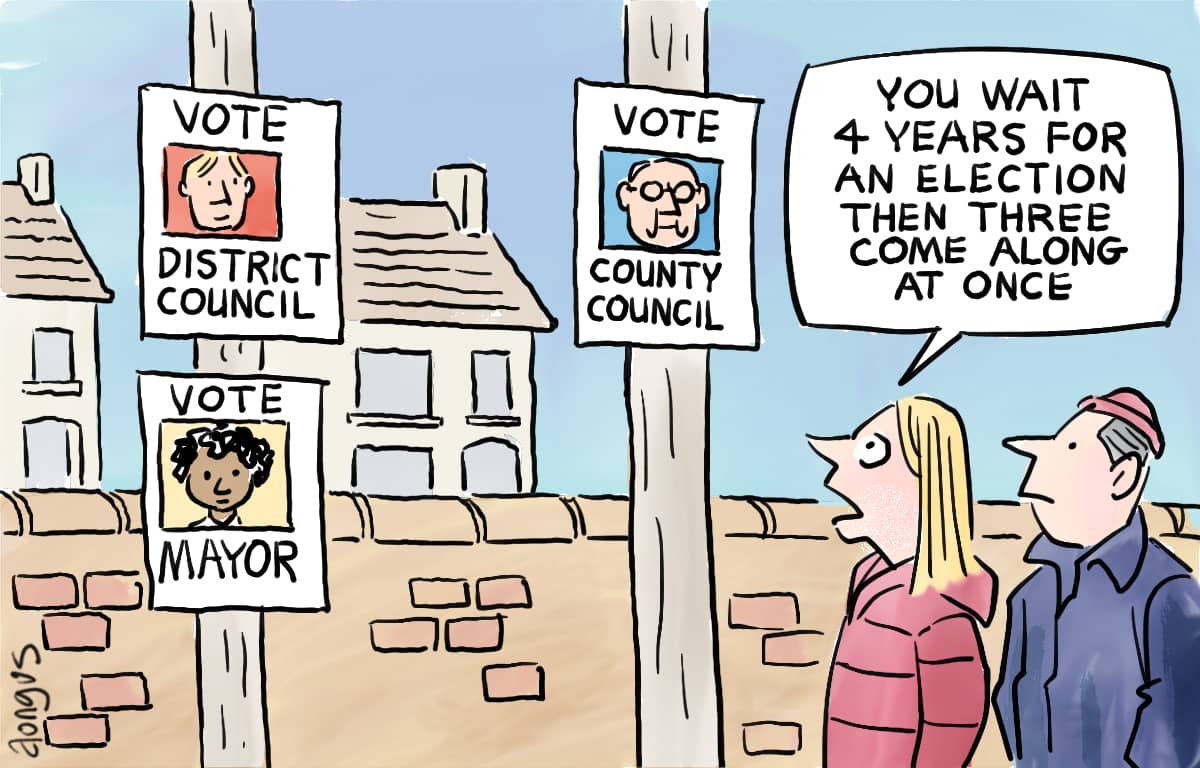 You can too much of a good thing. And democracy is one of them. Look at the layers of government we have in the UK. Parish Councils, District and Borough Councils, County Councils, MPs.

I’m not taking sides on the Brexit debate but aren’t we all well off without the European MPs, a gravy train if ever there was one.

And, of course, now we have locally elected Mayors, including the pithy Cambridgeshire and Peterborough Combined Authority. But some parts of the country have no Mayor. Confused? Me too and I do this for a living.

Then there is the crazy system where some councils elect of one-third of their members every year and other councils that all-up every four years. Some go every two years

Sometimes when the canvassers get lost, often after a few doses of Dutch courage in the local pub before they go door-knocking, they go over the boundary. This leads to some citizens turning up at their normal polling station expecting to vote only to find nothing.

Is it any wonder the turnout we can expect on May 5 is about 30%?

So, I confronted the Local Government Boundary for England to chide them on this ridiculous situation of one-thirds against all out.

‘Oh, no, no,’ said the helpful person at the LGFCE (my auto-correct wanted to type LGBTQ), ‘that is not our decision. It is down to individual councils to decide what system to use.

I was shocked. What sort of masochist wants to be out plodding the streets, distributing leaflets year after year with only a break every four years?

For me, it leads to bad governance without giving a council enough time to think strategically. Those elected by thirds are constantly in campaigning mode with a watchful eye on the next election is a few months’ time.

The cynic within me thinks the poor members have been blind-sided by their officers and the system of ‘thirds’ put in place by them to keep the members on their toes and out of their hair.

You may have missed it, but parliament just voted to get rid of the fixed-term elections for MPs, so Boris can go the polls anytime he wants. No, I don’t expect that anytime soon but I don’t think we’ll have to wait until Winter 2024/5 which would have been the date of the next General Election.

Then we might get a decent turnout and a return to real democracy where normal people, not just geeks like me, understand the system.