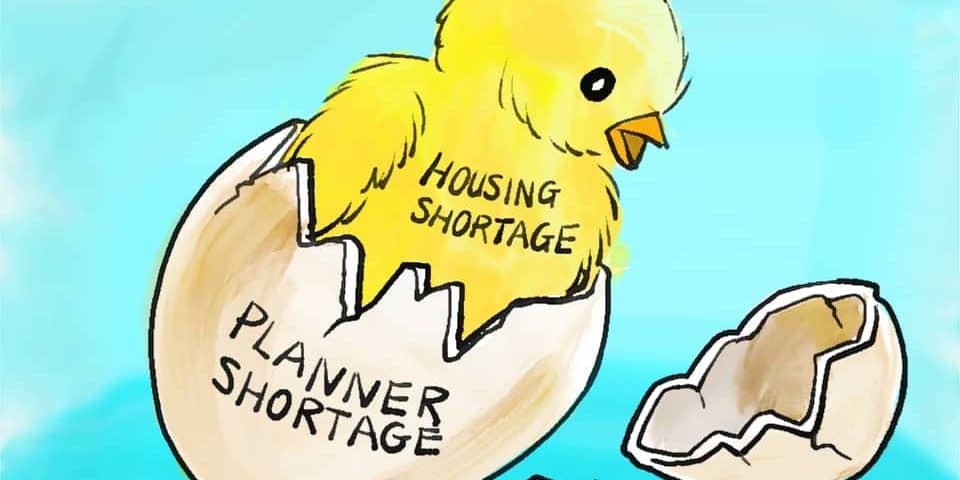 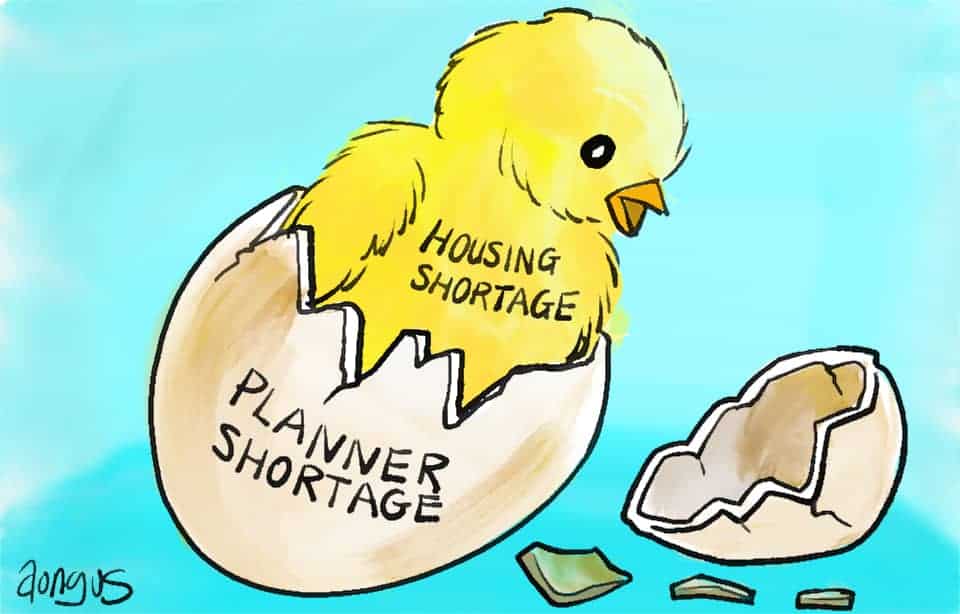 When McDonalds decided to introduce Chicken McNuggets 40 years ago, they had a problem. (Please read on – I’ll get to the point in a minute).

Their demand for chicken would be so great that it would send the price through the roof. So, they set out to ensure that they could fix the price of chickens.

So, it is with planners and other subjects related to the built environment. As the planning system (I hesitate to call it that) gets more complex and the demands get greater – like 300,000 new homes a year, eight nuclear power stations and partridge in a pear tree – then obviously we need more and more planners and the like.

Well, the chicken factories are doing their bit, according to the statistics (hate them) from HESA the Higher Education Student Statistics Agency. They lump architecture, building and planning into one category ominously called Column 13.

Over the past eight years, there has been almost a 50% rise in this category from 43,355 to 62,635. But obviously it is still not enough as any Head of Planning in any local authority, developer or consultancy will tell you. So how do we get more young people interested in this area? Here is a couple of ideas:

Unless we address the major problem at source, i.e., the lack of planners, then the chickens will come home to roost if they haven’t done so already.

Have a great Easter break.