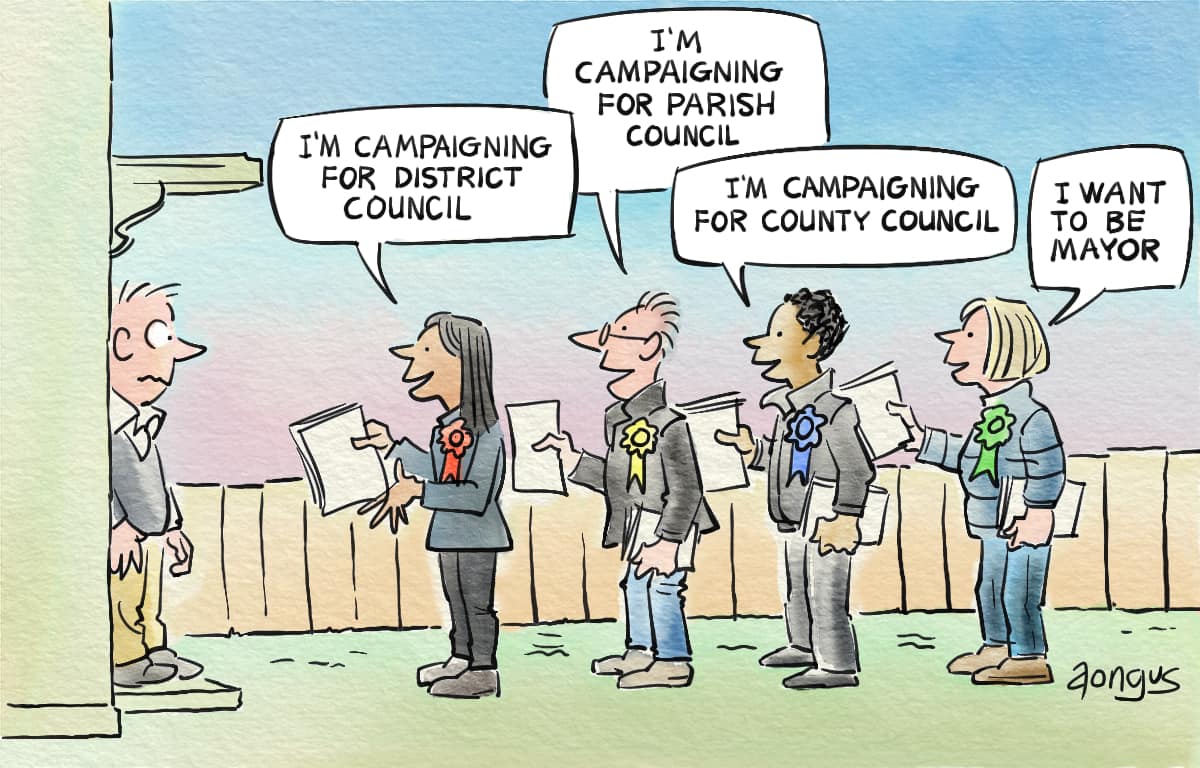 I had my first experience of door-knocking when I was six. While other boys were brought by their fathers to watch hurling or football on a Sunday afternoon, I was knocking on doors with my late Dad, God rest him.

He was deeply wedded to one of the great lost causes of all time – The Labour Party in the West of Ireland. In rural communities, socialism was viewed with suspicion as being a form of communism which the Catholic church had banned.

But still we persevered in the almost horizontal rain, the windand the sleet.

As we walked up the path to the next door, my father would say: ‘The Murphy’s have always voted Fianna Fáil (Soldiers of Destiny) and always will so we won’t get their Number 1 but we might get a Number 2.’ (It was later that I discovered that the references were also used in hospitals as a polite way of referring to bodily functions.) We got a lot of Number 2.

In the proportional representation system, all candidates are ranked 1,2,3,4 etc. When a candidate reaches the quota, then the number 2 votes are counted. It’s complicated but surprisingly the number of spoiled votes is very low – seemingly lower than the UK’s first past the post system.

In the next couple of weeks, in the run-up to the local elections on May 5, the knockers will be out in force from all parties.

My mother (God rest her) hated politics and politicians, except for my father. She also knew the campaigners because they came to the front door, whereas friends would also come to the back door.

If my father was out, we were all told to hide and not answer the door. It’s not a bad strategy. If my father were at home, he would answer the door and sometimes a heated debate would be had on the doorstep with his opponents, to be ended with a slamming of the front door and muttered curses from my Dad.

So have a little sympathy for the doorknockers, offer them a cup of tea and a biscuit but, under no circumstances let them into your home. Do NOT engage in any form of debate. Smile politely and give the politicians’ answer: ‘Thank you very much for the information. This is something I will consider carefully.’ You can then throw the leaflet in the bin.

I continued door-knocking for the Labour Party in the UK until my late 20s when the Labour PM, Jim Callaghan introduced a pay freeze with near 30% inflation. I never told my father but that year I voted for Mrs Thatcher and my door knocking career finished.

After all, I’m not a monkey.