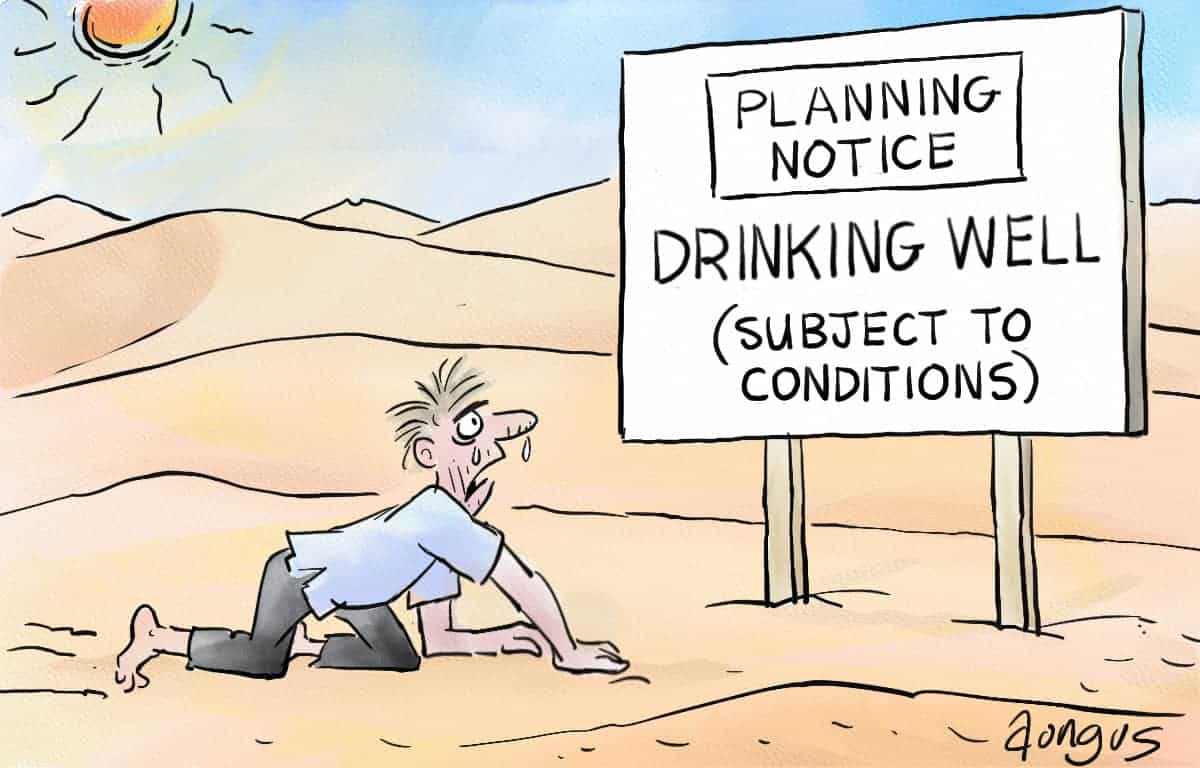 I’m not going to name the council, but I have just spent the best part of an hour watching a planning committee in action. (or inaction as it turned out).

The executives at Netflix, Amazon Prime and the Disney Channel can rest easy in their beds – they have nothing to fear.

This meeting, which lasted more than five hours, was up there with watching paint dry, grass grow and the Chinese water (more on that in a moment) torture.

What really stumped the members was not a planning application; this had already been granted but the discharge of conditions related to water management.

We are now burrowing deep into technicalities. I worked for Thames Water for four years as their Head of Media and I am still befuddled by 100 years events, 40 per cent allowance for climate change (I don’t know where this number came from) sewage discharge and effluent control and all that stuff.

If I were really interested in it, I’ve have packed myself off and taken a Masters (I have science degree so I could probably get in) at one of the planning universities who offer an MSc in topics such as Advanced Water Management (Cranfield), Flood Risk Management (Hull), Flood and Coastal Risk Management (Loughborough) or Oxford Brookes. Apologies to everyone I have left out.

So, when members asked for a deferment to that they could get a technical briefing I wanted to scream at my computer screen: “Then take a year out.” You cannot pack this sort of technical detail into a couple of hours.

Then the poor officer intervened and said he had difficulty understanding it himself. So he had called in independent experts to do a technical assessment. They also concluded that the risk was within the limits.

I am a great believer is democracy. But as Winston Churchill said: “it is the worst form of government except for all the others”.

But there comes a point where the elected members must take the advice of their officers and not second-guess them especially on matters only the Mad Hatter could understand. In the end, one of the conditions was agreed by members and the other one was defeated despite both been recommended for approval.

The raises a big question: if you don’t trust your officers, then why did you hire them?