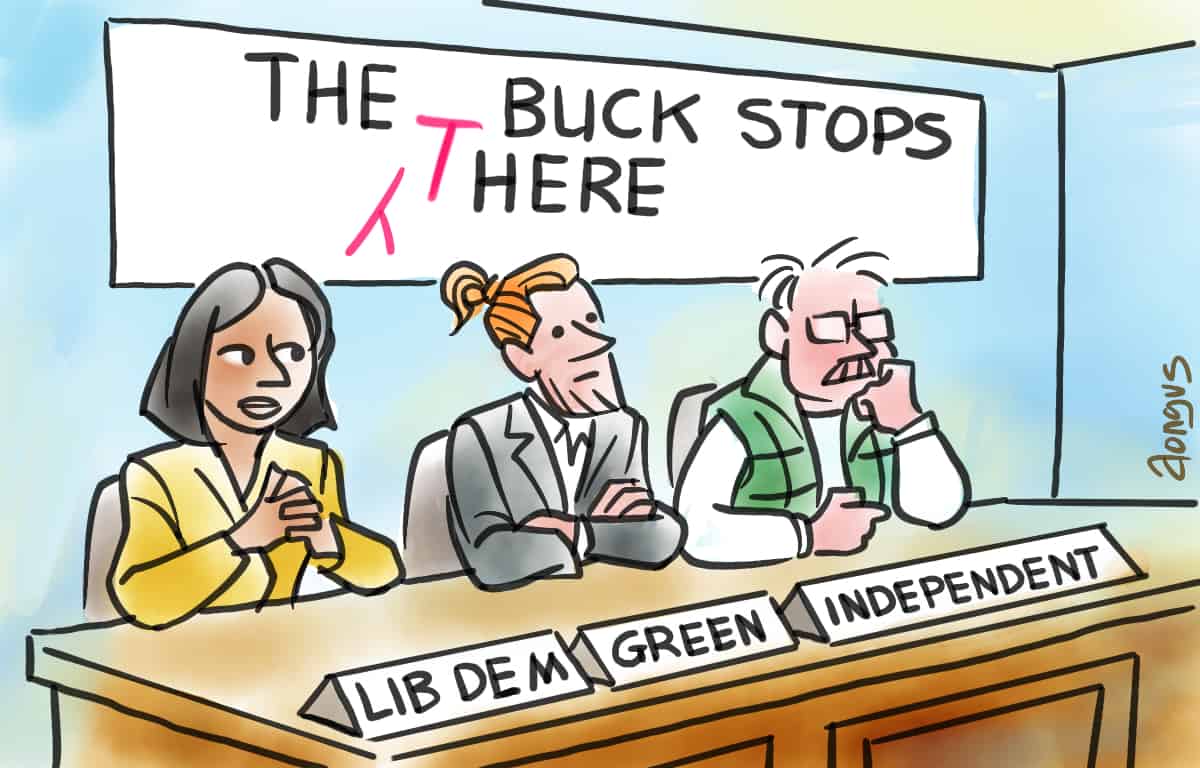 So, the council elections are all over so we can forget about them.

The Tories got hammered. Well, not quite. Labour had a brilliant night…in London. The Liberal Democrats are about to form the next government. Wrong again.

The reason that you think Labour did so well is because London declares on the evening of the election while the rest of the UK takes a more leisurely approach and had a good night’s sleep before counting.

Despite Barnet, Wandsworth and Westminster going Labour (none of this was a surprise to us) overall the Tories didn’t have too bad a day in the rest of the country. Of course, the national media is London-based (and biased many would say) and so the headlines reflected this.

The big winner last Thursday was a party called No Overall Control – NOCers to you, Madam. The cynics among you may say that this sums up every council in the country.

So, the fun is just beginning. It’s all very well for councils like Broxbourne where they have had almost exactly the sameConservative representation since before the Flood.

But the big winner was the NOC party that gained 11 Councils – 7 from the Conservatives, 7 from Labour and 1 from the Independents.

For those in the development industry this is a potential recipe for disaster. Many of the NOCs are coalitions of varying hues – blues, reds, greens, yellows, residents associations, independents – which means you will have to deal not just with just one party but with two (if you’re lucky) or more if haven’t got your rabbit’s foot to hand.

And think about the poor officers in Westminster and the other Tory bastions are feeling. After more than 50 years of Conservative control (Westminster), they are now going to have to deal with the comrades. Of course, officers are apolitical so it’ll make no difference. (Sniggers.)

But these are the cards that we have been dealt and we must play with them. Fortunately, we have a few aces up our sleeves. (Wink. Wink.)