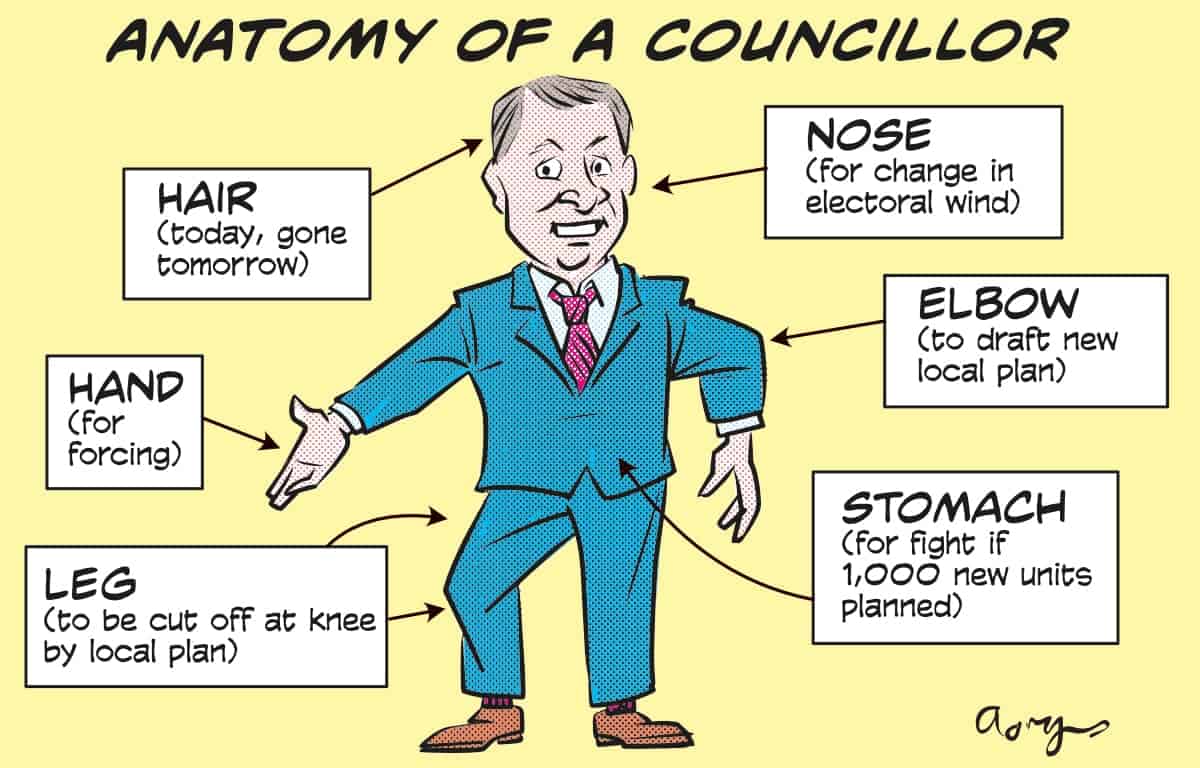 There is nothing like a lesson in surgery to liven up a council meeting. The Leader of Spelthorne Council said that the local plan was a choice ‘between chopping off our own foot or having the government and opportunistic developers chop off our whole leg.’

Warming to the theme, other councillors were quick to join in the amputation.

Councillor Ian Beardsmore (Ind, Sunbury Common) said: “I did observe, being positive, that we had the luxury of which foot we cut off.” Nigel Rowe, spokesperson for Riverside Residents (Staines) Coalition, said: “Our view is that the local plan as it stands cuts Staines off at the knee, not the foot.”

Council leader Lawrence Nichols (Lib Dem) said he recognised the plan would transform Staines and blamed the government for forcing the Council’s hand, which he did not suggest should be cut off.

He said the local plan was sound – but he didn’t like it. He told the environment and sustainability committee at its last meeting: “This plan will damage parts of this borough. It’s a fundamental change in the character of certain areas. It’s going to turn Staines into flat city.”

This is all very funny and I am grateful to the Surrey Advertiser (an excellent local paper) for the quotes. My one disagreement is that it refers to Staines as a small market town. It is not. With a population of nearly 30,000, it is a town if not a city.

Last year, Inland homes won permission at appeal for two blocks of 13 and 15 stories which led to a public spat with Stephen Wicks, Inland’s CEO. He suggested that the ‘bailiffsat the door seizing councillors’ furniture might make them see sense’. Indeed.

Spelthorne is one of those councils in No Overall Control or, some would say, NCA (No Control at All). Its 39 councillors represent nine (at last count) different parties. Although the Conservatives are the biggest party with 15 seats, the rest have ganged up on them to form an administration led by the Liberal Democrats (who have just seven seats).

Given that the Local Plan – which runs to 400 pages – took officers four years to put together it must be rather disheartening (sorry about the pun) to have it reduced to the undergraduate banter of an anatomy lesson.
O tempora! O mores! As Boris might say.