Mr Gove, the Secretary of State for Levelling Up, etc is keen on beautiful homes. And so am I. 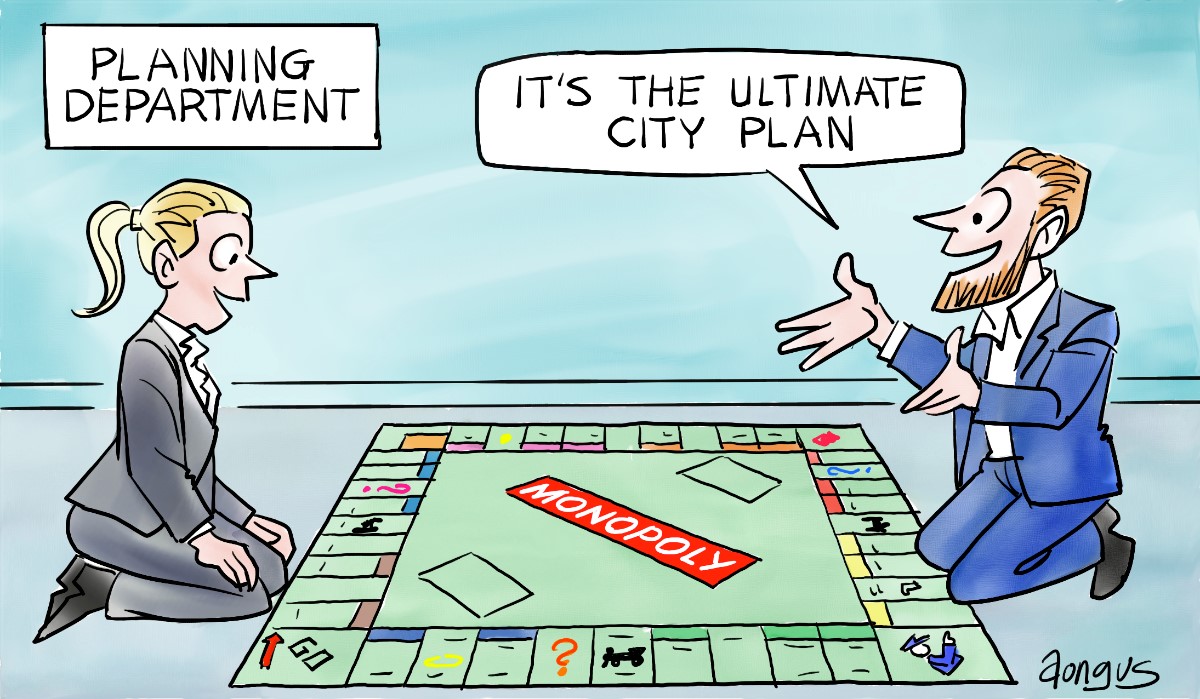 But given that the average new home is now about 75 m2 or 800 ft2 (in the old money that Boris wants to bring back together with the groat) beauty is getting rather difficult.

So, the conundrum is: how do we combine density with beauty?

In my view, downtown Manhattan in New York is ugly made even more so by these giant monolithic erections that now mar the skyscape.

But ironically, Central Paris has a greater population density than New York. And it’s all thanks to a former London policeman called Napoleon III, who spent some of his exile in Britain putting down the Chartist riots in 1842.

By 1859, he was Emperor and one of his first jobs was to sort out Paris with slums in narrow winding streets that were unhygienic, and a bed of sedition.

To do the job, he hired not an architect, but a career civil servant called Georges Haussmann (later Baron) who spent 17 years building Paris as we know it now. He had huge powers of compulsory purchase and loads of money from the state.

Haussmann set strict design codes, no building over 20 metres, boulevards at least 13 wide metres, all roofs at 45°, etc etc and lots of public open space and gardens (his bosses’ idea).

His solution for affordable homes probably wouldn’t work today, with the toffs on the second floor (which also had the benefit – as the estate agents say – of a balcony), the middle classes on the third and fourth, general workers on the fifth and the poor and students in the attic.

This is Milton Keynes on speed. But why can’t we build new towns like this? If you talk to any of the Milton Keynesians, they will tell you that they love their city (congratulations by the way) and that it is beautiful with nice streets and no traffic jams.

Now MK was built when the car was in the ascendant. But what if we started from scratch with a new city built on the lines suggested by Haussmann. We’d need a clean slate and remember only 10% of the UK is built on so there’s lots of land. Oxford-Cambridge Arc anyone?

When we think of a street, we often think of suburbia with rows of semi and detached houses thanks to Garden City Movement led by Ebenezer Howard at the turn of the last century of the early 20th century.

In the UK, Mr Gove has appointed Nicholas Boys- Smith as his Beautiful Homes Tsar (hate that word) or more pithily, the Chair of the Government’s Office for Place. He has been flogging away at his pet project called Create Streets for more than ten years and now he is getting somewhere.

His organisation created a design code for Windsor Town Centre that is almost exactly the Haussmann model with six stories and a set-back attic.

Let’s hope Nicholas doesn’t go the way of Haussmann who got caught up in political wrangling and got fired.