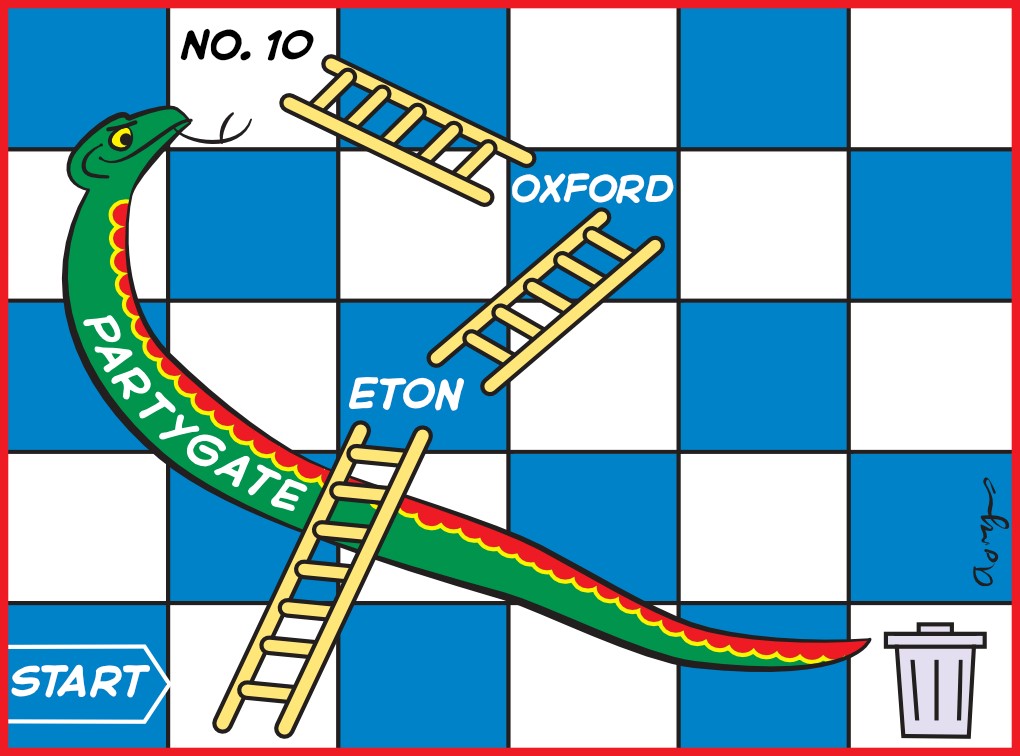 Within 24 hours of getting off the boat and landing in London, I knew my parents had made some terrible mistakes. Don’t get me wrong, they were kind and loving and made huge sacrifices to get me educated but they sent me to the wrong schools.

Rather than Eton or Harrow, I was sent to the Christian Brothers to have an education beaten into me. But the final ignominy was that I did not use my scholarship to go to Oxford.

If I had, I could have doubled my meagre salary and got a cushy job in the BBC, the civil service or the higher echelons of a political party. This I accepted with good grace and set about working as hard as I could to catch up with the privileged elite.

I’ve just finished reading a book called Chums: How a Tiny Caste of Oxford Tories Took Over the UK. It makes chilling reading as it recounts the antics – there’s no other word – of the people who’re running the country today.

Johnson is there as is Gove, Rees-Mogg, Raab, Truss, Sunak and Hancock (in the sin bin for the moment). And they all (except Jacob) studied PPE – Philosophy, Politics and Economics (easy on the latter, please Prof). Only Alok Sharma, the Secretary for International Trade (and Airmiles) studied a technical subject – physics at Salford.

And then there are the hangers-on Like Baroness Dido Harding, Oxford naturally, who lists riding as one her hobbies as bit like Hancock. Both are jockeys and have won horse races.

Unlike Cambridge, Oxford is the training ground for future Prime Ministers – 11 of the post-war 14 PMs, went up (as they say) to Oxford. And, in case you think this is a rant against the Tories, the list includes those stalwarts of socialism, Clem Atlee and Harold Wilson. But as Mrs Thatcher said: “I went to Oxford University – but I’ve never let that hold me back.”

Of course, we should have bright intelligent people running the country, after all we don’t want to be led by buffoons (stop sniggering at the back) and Oxford does attract some of the best. Strangely Cambridge hasn’t produced one PM in that time.

The Oxford Union is where all these future PMs hone their skills and it is set up on the same lines as the House of Commons and they have same jeering, name calling and barracking.

The problem is not just the shenanigans of our leaders but ‘group think’. They have all been taught by the same professors with the same sets of values. Without doubt, this results in unchallenged, poor-quality decision-making.

After reading it, you could get angry and think that it should have been titled Corruption. If it were written about an African or South American country, that would undoubtedly have been the title.

Perhaps my parents saved me from that fate.