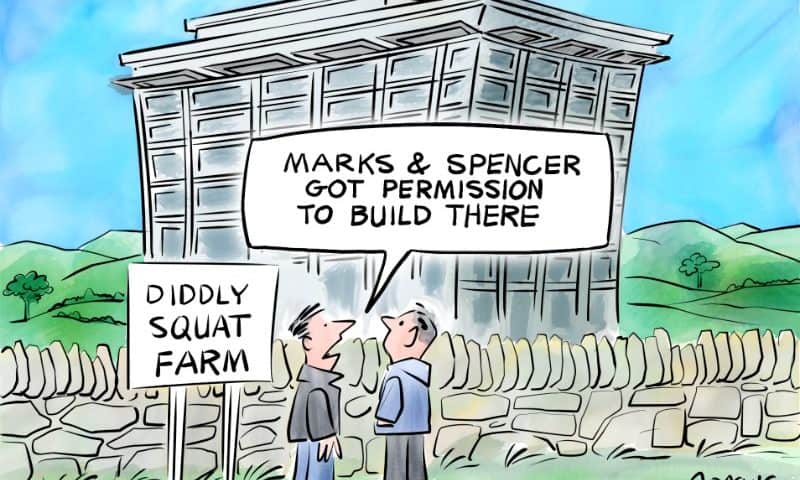 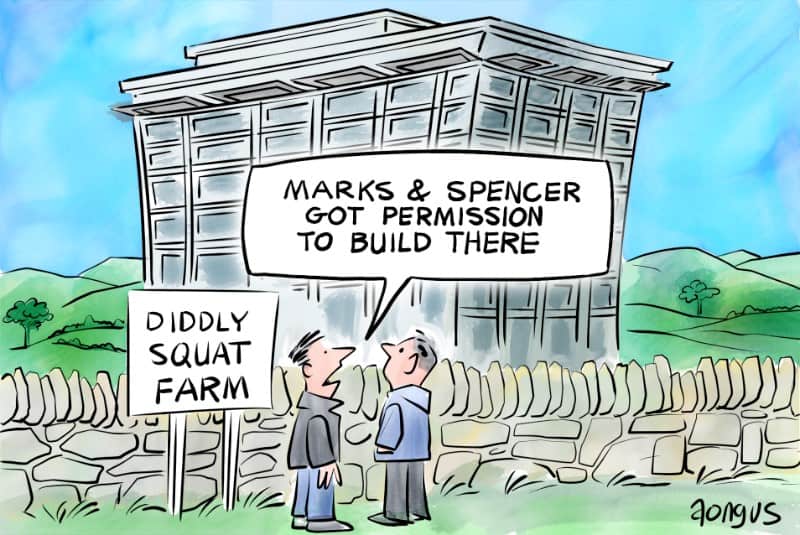 ‘Never start a war that you can’t win’ is good common sense.

In the world of planning we have had two contestants throw their hats in the ring with little chance of victory.

In the red corner is Stuart Machin the joint-CEO of Marks and Spencer and in the blue corner (naturally) is the Secretary of State, for Leveling Up, etc. Or at least he was until Wednesday. But never mind, as Sir Humphrey might say: it doesn’t matter who wins the election, the government is always returned.

Mr Machin is hacked off that, despite Westminster Council and the Mayor signing off his plans to demolish and rebuild the company’s famous Marble Arch store, MLUHC has decided to call it in to have a look at it.

Round One definitely went to Stuart as Mr Gove probably hadother things on his mind…like his job. The M&S boss landed a right hook and accused the SoS of ‘political grandstanding’ and turning Oxford Street into a ‘dinosaur district’.

And looking for an early knock-out he landed his body punches with an article in the bible of the Conservative party– The Daily Telegraph. Mr Machin is new in the job.

But the department struck back in the next round and said that Stuart’s statements were ‘disappointing’ (civil-service speak for rubbish) and ‘misleading’ (untrue).

The spat seems to revolve around the issue of the day: carbon emissions, with M&S saying that they exceed government targets and the Department saying that it wants a public inquiry. There is also the sub-factor that the development has no residential.

Given that the MLUHC is not only a combatant in this match, but also the referee, the wisdom of Mr Machin’s intervention remains to be seen.

In our second bout, we have the normally tame Planning Officers Society up against one the great Mouths of the Century – Jeremy ‘the Gob’ Clarkson, whose only rival is Gordon ‘F***ing’ Ramsay.

Jeremy has taken up farming but that is not his main business: it’s ‘Brand Jeremy’. Lately he has been complaining about the planning officers of West Oxfordshire who have turned down three of his planning applications.

In his Sunday Times weekly column, he said of the officers: “I think they lick their fingers, hold them up to the wind and then say: ‘If the applicant is Jeremy Clarkson, the answer’s no.’” He’s not a man to underestimate himself.

In the officers’ corner is the Chair of the POS, Mike Kiely,who says that Clarkson is acting like a ‘classic bully.’ He said: “The owner of Diddly Squat Farm clearly knows diddly squat about the planning system and is using his position as a TV celebrity to try to promote his own self interests.” Sounds like a fair analysis.

The key point is that officers only implement – it is politicians who are ultimately responsible.

But can M&S and the POS win the war or words? And is the media the best place to fight it? We’ll see.