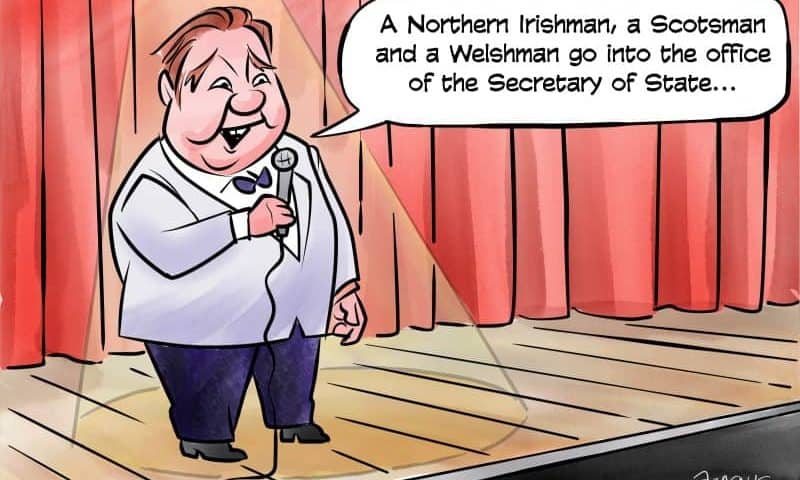 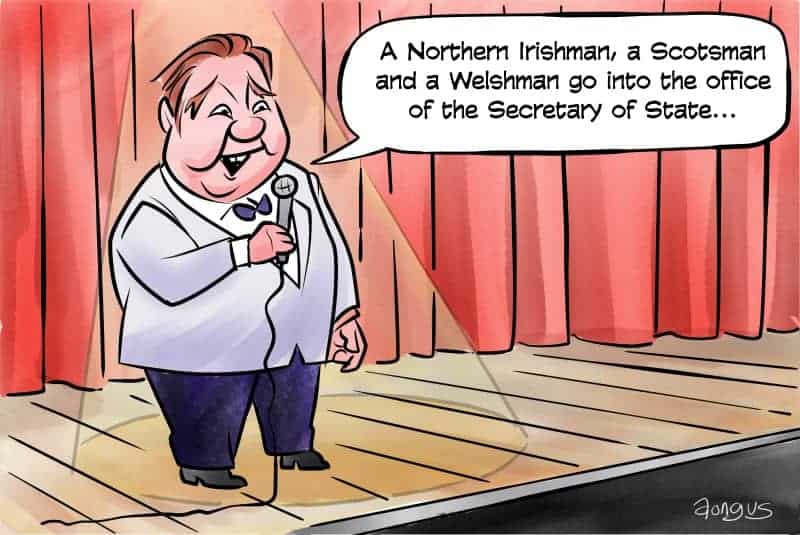 There is a Secretary of State for Scotland, Wales and Northern Ireland. Yet the population of these entities is small 5.5 million; 3 million and 2 million. That’s about 10 million people

The population of the North of England is 10 million and another 10 million live in the Midlands and they have no Secretary of State.

Now it’s all very well for Greg Clark to give some powers to North Yorkshire and a bung of £540 million and a new mayor but still the Yorkshiremen have no seat at the top table. Why he didn’t combine the North with South Yorkshire is another mystery, but I won’t ask, as I wouldn’t like to anger a Yorkie.

But still, unlike thee norther Irish, the Welsh and the Scots, they do not have a seat at the Westminster Cabinet where all the big decisions are made.

To right this wrong and give each ‘man’, ‘woman’ and ‘them’ equal representation at the table we should have two new Secretaries of State – one for the North of England and one for the Midlands to represent each of those 10 million people

But it’s getting a little crowded around the cabinet table so we need to slim it down bit.

The obvious answer – based on population – is to merge Northern Ireland, Wales and Scotland into a new Ministry for Celts, hence the headline – what did you think it was? You have a bad mind.

OK so it’ll take a bit of work. Like three cats in a bag – it will take them a while to settle down. As the former SoS for Northern Ireland reputedly said: “If you took the word ‘no’ from their vocabulary, they would have nothing left to say”.

The new Ministry for Celts or MJPT as it will quickly be labeled by the press will then be able to combine their voices like banshees in a roar that will frighten the daylight out of whatever party is in power.

The MJPT?  Isn’t it obvious – the Ministry for Jocks, Paddies and Taffs.

To everyone I may have offended and to those I haven’t, have a great weekend.