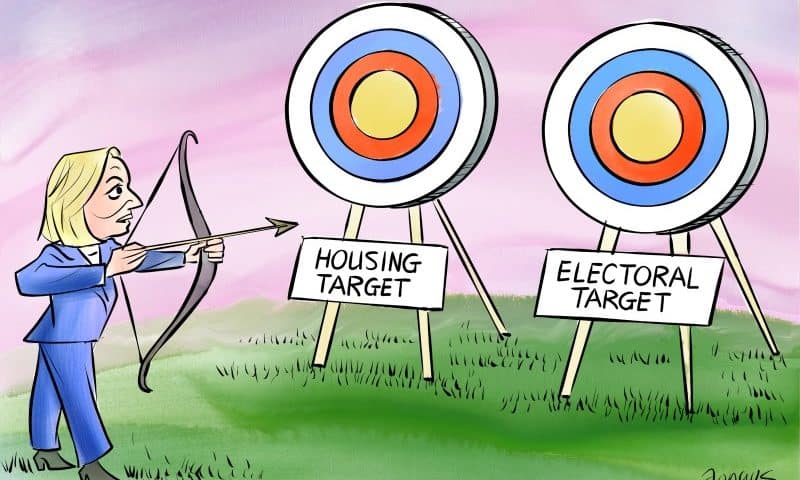 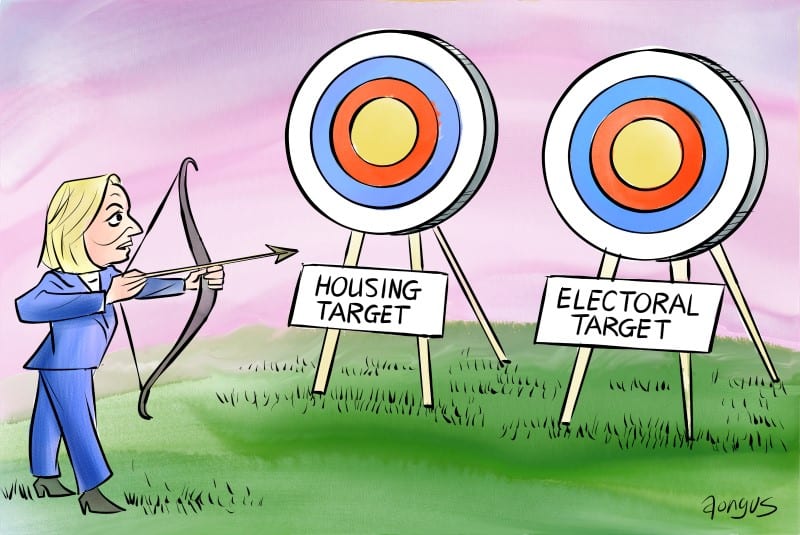 The poor old planning system is due for another shake-up.

Who says? The next Prime Minister, that’s who. “I want to abolish the top-down, Whitehall-inspired Stalinist housing targets,” says Liz.

A little unfair. Despite all its failings the Department, in all its guises, and its mandarins are not up there with one of the world’s greatest mass murderers.

This is a bit of u-turn from Liz who talked about building a million homes on the green belt three years ago.

Now let’s hear it from Rishi: he is going to relax constraints such as needing to show a five-year housing land supply. And, the target of 300,000 new homes a year is out.

On that they are both agreed.

Roughly translated that means an end to the National Planning Policy Framework (NPPF) which has driven much development. No longer will there be a presumption in favour of sustainable development.

What is driving this? The latest figures from DLUHC show that almost one in three councils are failing the Housing Delivery Test. That’s 91 councils. This means that there is a presumption in favour of development.

Next question. Where are these councils? Only a few of them are outside the South East (the counties of Berkshire, Buckinghamshire, Essex, Oxfordshire, Hertfordshire, Surrey, Sussex and Kent). In these eight counties there are only a handful of Labour, Lib Dem and Green MPs. There are more than 80 Conservative MPs.

The ten worst performers are, in order of badness: are Southend-on-Sea, Eastbourne, Epping Forest, Epsom and Ewell, Worthing, Tandridge, Basildon, Hastings, Kensington and Chelsea and Bromsgrove.

One of the first tasks for the new Prime Minster will be to see how they can win the general election in 2024 – just two years away. There is no way that the Tories can win the stonking majority of 2019 especially as the country is likely to be in the depths of a recession with interest rates through the roof.

Realism will prevail and the strategists will be aiming for a working a working majority of about 20. Forget about the Red Wall of the Midlands and North, the Blue Wall of the Homes Counties must be protected from the yellow menace (aka the Lib Dems).

A really nice fudge would be to call for a wholesale review of the NPPF, the results of which could be delayed until after 2024.

Meanwhile…a vacuum like we had when Eric Pickles abolished the RSSs and the associated Local Development Framework within days of taking power in 2010.

Have a good weekend,
Tom