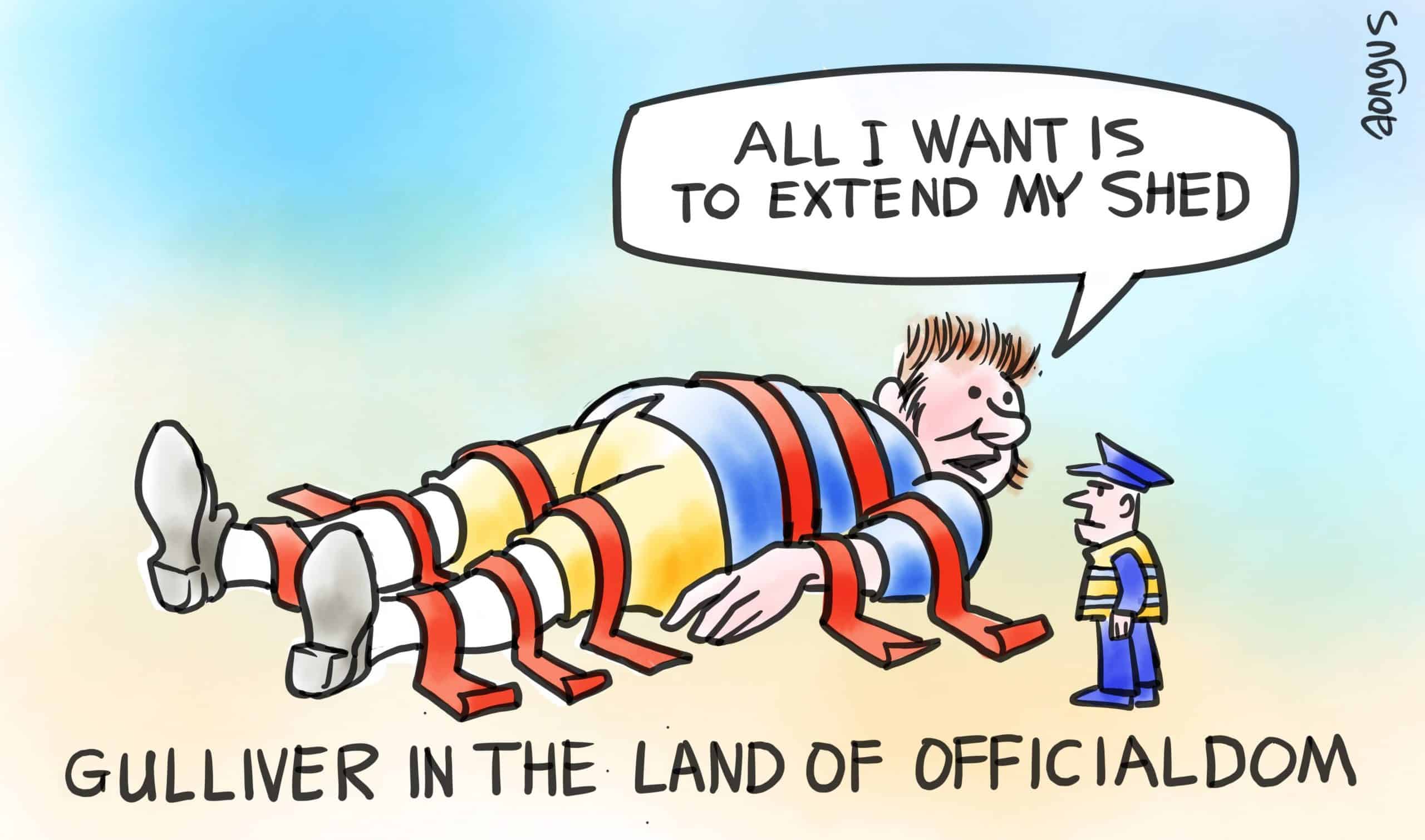 When that great Irishman, Jonathan Swift, wrote Gulliver’s Travels, he could not have known that it would be as relevant today…or more so.

As you may remember, Gulliver was an early victim of SMS (Small Man Syndrome). He was captured by the Lilliputians who were only six inches high. And they were a pugnacious lot – constantly at war with each other over which side end one should open a boiled egg. (Stay with me please).

The Big-Enders had their views, and the Small-Enders obviously had an opposing view, and this led to constant warfare.

This was the knotty problem facing Warwick District Council who decided that an old shed could not be converted to a work-from-home unit because it was not physically attached to the house and at 6 square metres, bigger than the building it replaced. Quel horreur.

This was appealed and the Inspector ruled that permission should be granted despite the Green Belt location.

That should have been that, but no, the council decided to bring the matter to the High Court.

So I asked the council who decided to do this and the (very helpful) press office told me it was an officer decision.

She said: “Warwick District Council rarely challenges appeal decisions. However, in this case it was important that we did so and the resulting decision, although disappointing, has provided guidance and clarification on the key legal point that we raised.”

So Landmark and Essex Chambers – think of Wyatt Earp and Annie Oakley – ride into town with their six-guns at the ready. This is now getting pricey.

Fair enough. But look at the costs and who is paying. The council gets its money from the public purse, the Secretary of State and the Inspectors are funded by the same source, as is the judge. So, it’s Muggins v Muggins, with Muggins conducting the orchestra.

As you know, I am hugely sympathetic to the plight of planning officers and the highly onerous workload they are suffering with staff shortages and, often, poor conditions.

While we should be grateful to Warwick DC for its initiative in helping clarify the law and protecting the precious West Midlands Green Belt, it must be asked if this is their core role.

Now back to breakfast and the knotty question of where to open my boiled egg.