Let Us Be Quiet. 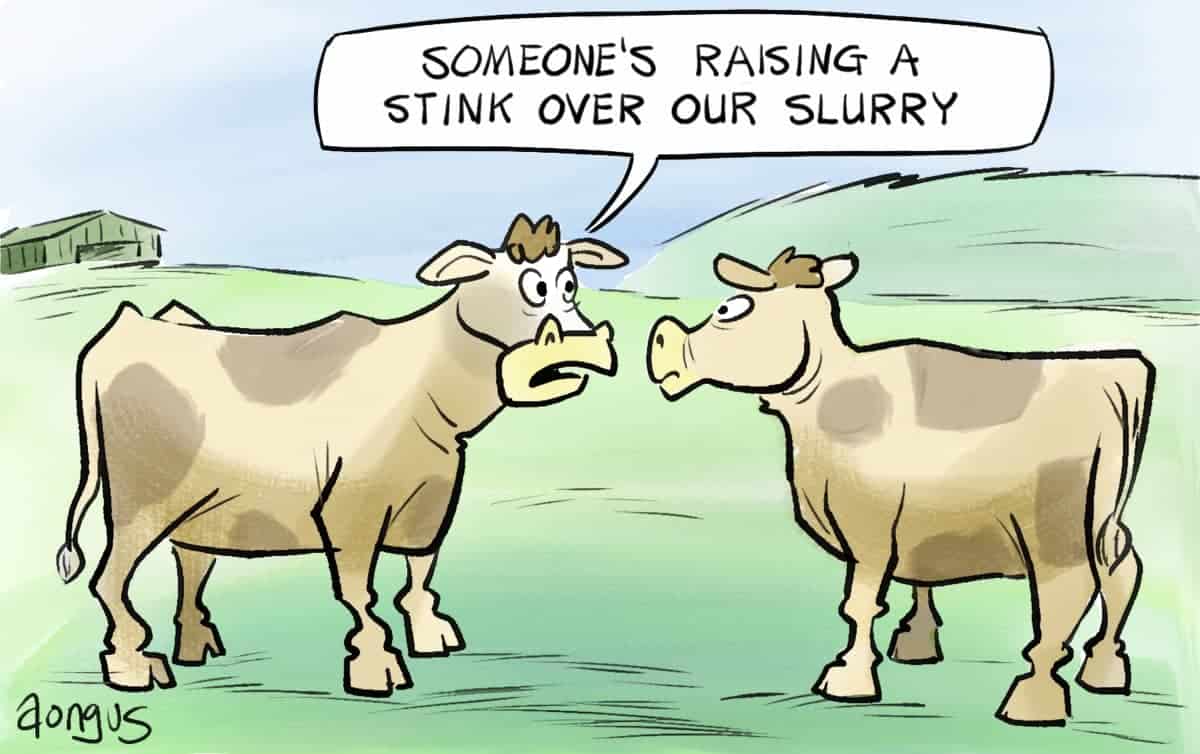 I love the countryside. Aaaah. The singing of the birds, the views of green fields and the rich, sweet smell of cow manure.

I come from farming stock, and I’ve got a myriad of cousins still working the land around Galway on the Atlantic seaboard. They are hard men and women as they eke a living from an unrelenting soil. (I should have been a poet.)

I remember my uncle Mick leaving the table after a rushed Christmas lunch and I, a precocious seven-year-old, asked him where he was going. ‘To milk the cows’, he said, ‘do you want to come?’ And I did in the horizontal rain. I learned to milk…by hand and to and appreciate the smell of manure in the byer. (A shed, Madam.)

But not everyone has my educated nose and there are some that find the odour offensive. Like Ms Joanne Cathie of Allostock, who took Cheshire West and Chester Council to the High Court because they discharged a condition placed a local farm about odour from their ‘reception pit’. (Slurry, Madam, as we say in polite society.)

A couple of years ago the farmers bought a herd of 80 cows, as farmers do.

Following complaints, the council forced the farmers to present an Odour Management Plan. This including emptying the slurry tank more carefully and frequently and, I cannot believe this, putting the cows on a low protein diet. So, cows are now supermodels.

Another condition was that the emptying regime take account of meteorological conditions. (The wind, Madam.) But the Council discharged this condition.

That wasn’t good enough for Ms Cathie who instructed her solicitor to instruct her legal hired gun, Richard Wald QC of 39 Essex Chambers. And, of course, the council needed a gunslinger and into town rode Piers Riley-Smith of Kings Chambers.

Overseeing this was the appropriately named Judge Nigel Bird. (I bet he Tweets a lot.) Anyway, the man is rock of sense. He said that the council could not insist on gold-plated solutions and that the claimant’s demand that the slurry tank be only be emptied when the wind was in the right direction was ridiculous.

Now when people ask why the planning system doesn’t work, we have only to look at the amount of officer time – both in the planning and their legal departments – that were tied up with this.

There must be an easier way to resolve disputes like this rather than marching everyone off to the High Court.

I can’t find out who paid for all this but Muggins (me and you – the taxpayers) has no doubt had to shell out somewhere along the line.

What a load of bullocks.