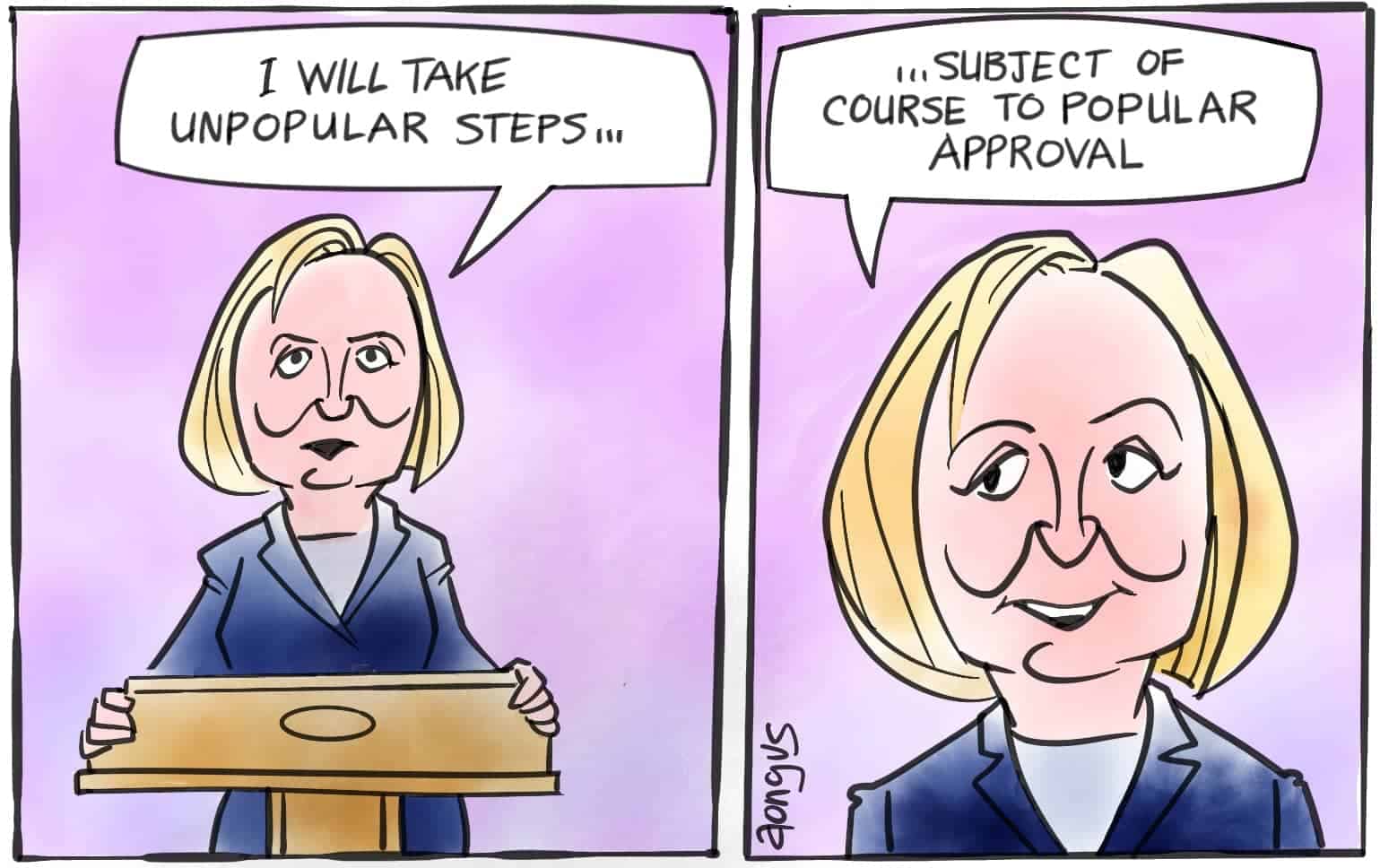 I have to hand it to our new Prime Minister – she’s not afraid of a frack fight.

High up there with removing the cap on bankers’ bonuses she has announced that a key solution to the energy shortage is fracking. And in case that was not unpopular enough, she also wants more nuclear power.

But she has put in a caveat (she’s not that silly): fracking will only happen where there is ‘local support’. Her words not mine (sorry about the pun).

I can see it now. The protest group outside the council offices with their placards:

FRACK ON. FRACK HERE. YES TO EARTHQUAKES. MAKE THE EARTH MOVE FOR ME.

This will all be organized by CAGE – the Campaign for Appropriate Gas Extraction.

I have a little experience of trying to do things underground and I would advise anyone to stay away from it. As precious as our green fields are to so many, Middle Earth is totally sacrosanct.

The problem is that no matter how much science you throw at the problem, the irrational fears will take over. That’s what happened with Covid, despite ministers talking incessantly about ‘the science’ as if it were some sort of God.

Yesterday, the British Geological Survey produced its report on fracking and, of course, they came to the conclusion that ‘more research is needed.’ Of course, it is. Scientists want to keep themselves in business. I’m a scientist and not about to make myself redundant.

My brush with the underworld came when I was looking to find a home for nuclear waste. The obvious idea is to bury it deep underground. But where? Form an orderly queue.

So, they asked the scientists, and they identified four sites with stable geology. There was only little problem. They were in Tory constituencies, so that was the end of the Four Site Saga, as it was called.

Then the industry tried Sellafield; after all, it is where most of the stuff is, much of it in crates on the ground. Any sensible person would see that it would be safer in the bowels of the earth.

But no. Coincidentally, six weeks before the 1997 general election, it came unstuck (terrible pun coming up) when the then Environment Secretary John (now Lord) Gummer put the kibosh on the plans.

So, dream on, Liz, your appointment with Hades, the God of the Underworld, is at your peril.