When the greenfield hits the fan 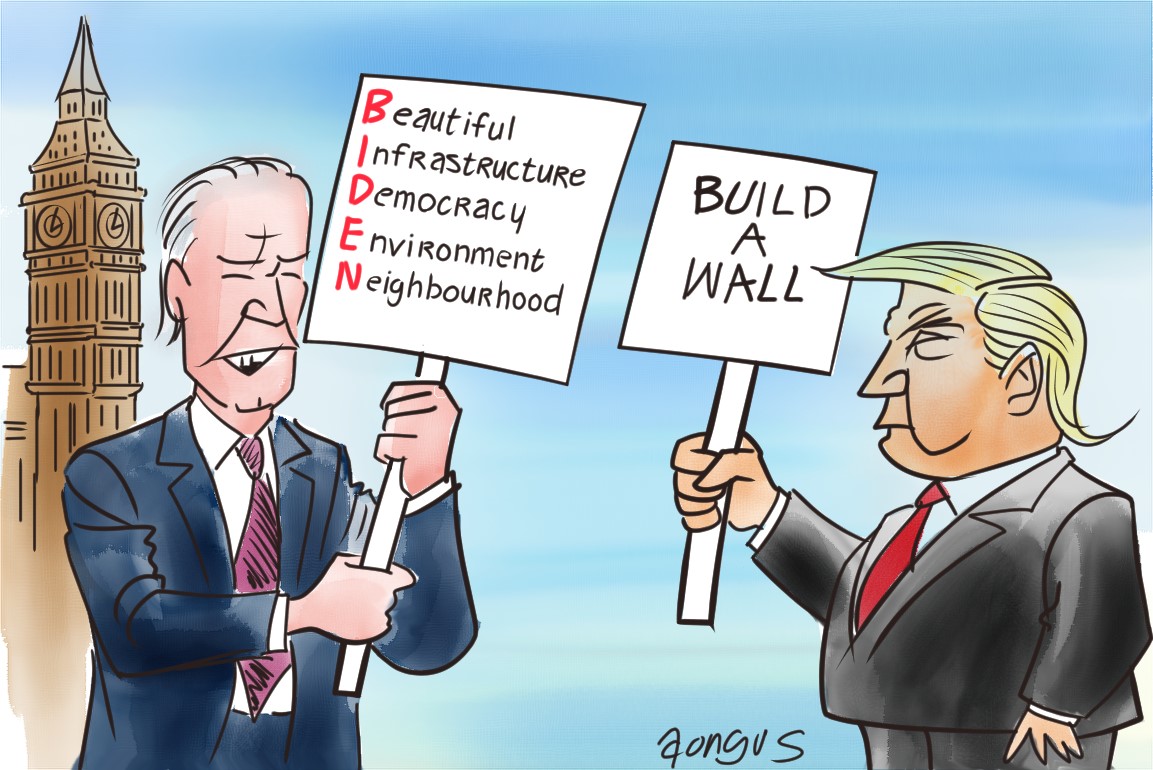 I can hear what you think… Lamprecht, have you started the boozy Christmas party season early?

No dear reader, I’m serious! Govey and DLUCH issued a statement that explains it all for us…

Key amendments to the Levelling Up and Regeneration Bill (currently making its glacial pace through Parliament) will put power in the hands of local people to bring forward development they want to see and clamp down on slow build out by developers.

The new measures will follow the Government’s BIDEN principles: (their acronym, not mine!)

See, I told you! BIDEN! (Someone at DLUHC got paid to cook this up).

Now before we all get terribly excited by this, let’s examine it a bit closer.

Beautiful – beauty is in the eye of the beholder and totally subjective. Some people like mock Tudor, some like Georgian, some like the inter-war red brick semis, some like brutalism… what you find beautiful, I might find ugly. The Government solution for this is The Office for Place to help councils draw up local design codes. (But more on that in mid December)

Infrastructure – I can hear you say “but what about S106 and CiL that was supposed to replace S106 11 years ago?” Well, that is the question… details on this remains vague… there will be a new “Infrastructure Levy” that Gove is repeating as if trying to hypnotise the NIMBYs with promises of gold paving (carbon absorbing of course).

Democratic – now kids, if you get easily scared, look away now… Street Votes! The latest idea is to give local residents rather than the Planning Committee the vote on whether planning permission should be granted… basically a referendum. To be honest, this idea is so half-baked it would probably be completely unworkable.

Environment – again, I’m not sure how this is supposed to go further than the 10% Net Biodiversity Gain requirements. Anyway, I have never worked on an application where there wasn’t a vast amount of attention to environmental improvements (but then I’ve only been doing it for a decade or so).

Neighbourhoods – “Thou shalt love they neighbour as thyself”… I think it’s some utopian dream where everyone gets along and get together in the village square, burn effigies of developers and sing Kumbaya…. Honestly, it’s the wooliest description of how people will work to welcome new homes and businesses in their communities.

Recycled ministers, recycled policies…with the odd unimplementable aspiration that might save a few Tory seats in the Southeast at the next General election.

I dread to think what it would have aimed to achieve if the acronym was TRUMP!

Ps. Tom Curtin is on a little holiday and will be back next week.