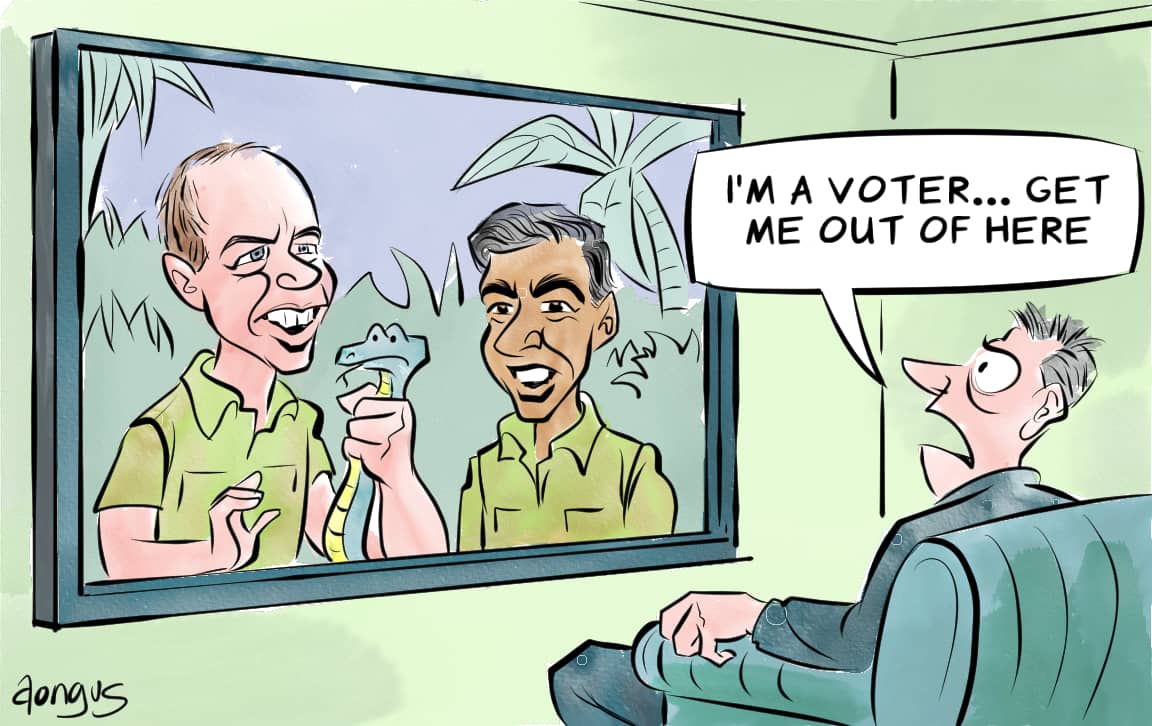 Whilst waiting in an airport lounge watching CNN, a large gentleman with a loud shirt and shorts switched to the wrestling channel. After initial annoyance, I was captivated.

Not just by the wrestlers themselves, in their garish outfits, but by the audience who get totally involved in the action. Middle-aged women enthralled by the faux-violence and who actively attempt to join in, Mrs Thatcher style with their handbags.

And then I began to wonder why we do not have such a channel in the UK.

But we do: it’s called the Conservative Party. (Let me stress I’m not making a party-political point, I’m just reporting what I see. In fact, American wrestling is actually quite boring compared to the shenanigans of the Tories.)

Like the American wrestling, we have a well-proportioned virile man in Speedos (our version of Hulk Hogan) swinging around the Australian jungle like Tarzan, surviving on the unmentionable organs of various wildlife.

As all the wrestlers have nicknames, perhaps we might name this chap Randy Handycock.

In these matches there is also a clean-cut good guy, who the middle-aged ladies all love, and is constantly fouled by the nasty chaps – and I suggest we call him Dishy Rishi.

And then there are the lady wrestlers. Here we are spoiled for choice with Pretty (great name for a lady wrestler) Patel, Suella Braver-man and Thérèse “The Tizz” Coffey (that is an actual real nickname she acknowledges).

I wouldn’t mess with them!

The outfits that these wrestlers wear are outrageous – but not to worry – we have something to compete. And who better than Bridgend’s MP, Jamie Wallis, who allegedly ran from the scene of a car crash wearing a black leather mini-skirt and heels. (Take the heels off love, you’ll run faster).

The scary thing is that these are our legislators, not circus entertainers (Boris excluded).

I had hoped to balance this post with some similar tales from the Labour Party, but they are just boring. And there are not enough Lib Dems to fill a 1970’s “Flower-Power” VW Combi.

The General election is still two years away so the Tories still have some time to sort it out. Or make it worse.

In the meantime, the rest of us can watch with continued amazement and, like a good Netflix series, wait for the next episode. I’ll be binge watching.