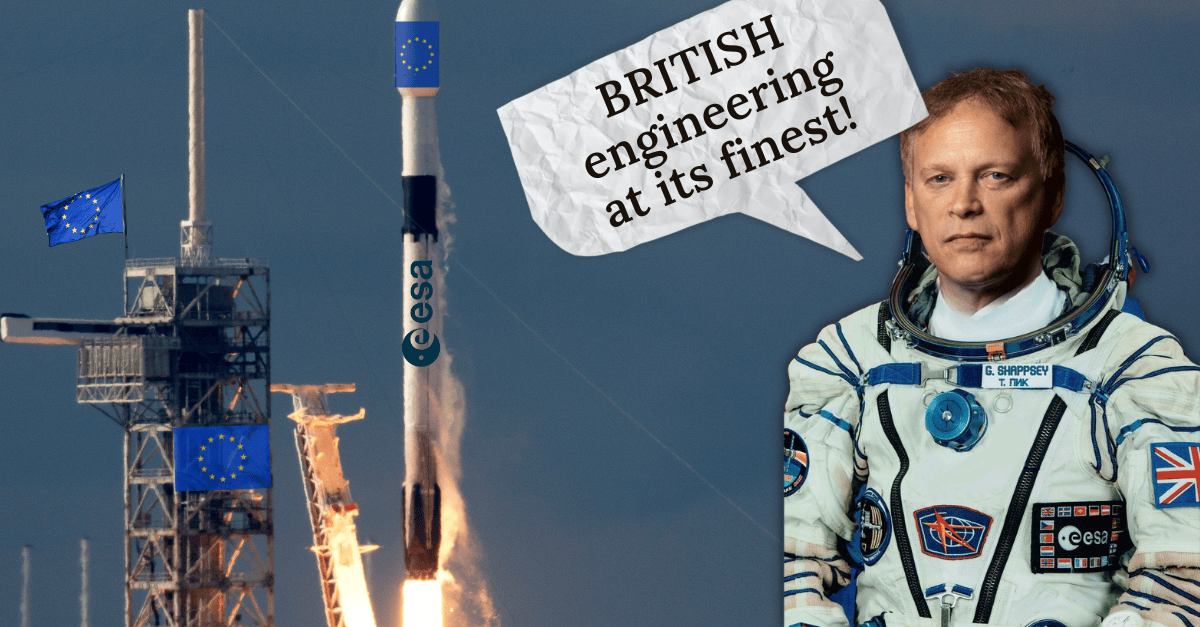 I also found out about how many satellites we build in the UK. Nowhere apart from California builds more and all these satellites are described as “payloads” which means mean private companies commission them, pay for them and now we, the British will soon launch their gadgets into space.

So, the first one took off from the back of a plane, a refitted Boeing 747 (belonging to Sir Richard Branson called Cosmic Girl) and then I find out about planned “vertical launches” good heavens!

We then had Secretary of State, Grant Shapps (sometimes known as Michael Green) explaining to us how the Government simply cut through the bureaucracy to make this, our space programme, a reality with people as recent as last year asking him if this will be a reality. He assured them it was, and here it is, the Government delivering. (You see, they can achieve things if they want to).

He also proudly announced that we are soon going to have seven (yes 7!) space ports! My goodness me! The excitement!

My mind boggles at what the Government have achieved with private enterprise and working with the European Union space programme. And the speed and efficiency with which they delivered this. Simply unbelievable. Bureaucracy? What bureaucracy?

If only there were other things where we could lead the world with innovation funded by the private sector. Oh, you know, things like House building. Zero carbon homes or even carbon negative homes with sustainability built in so that these homes could work “entirely off the grid” and cost you nothing to run. And then to relax the prohibitive bureaucracy that stifles all House building in this wonderful country. Imagine that?

I will be carefully watching the seven space ports to see the reaction by the local NIMBYs. If the seven sorts of hell that broke out when Heathrow wanted to expand or when poor old Gatwick wanted to expand is anything to go by the Government will have to really be brave to give these ports permission. Will a 100 backbenchers revolt again and derail the space programme? And is so, will Rishi this time accept the support of Keir Starmer to get the legislation through?

Whatever happens, the biggest question that remains in my mind is: if the Government with the private sector can deliver a space programme, why on earth can they not work with us and deliver much needed homes on earth?